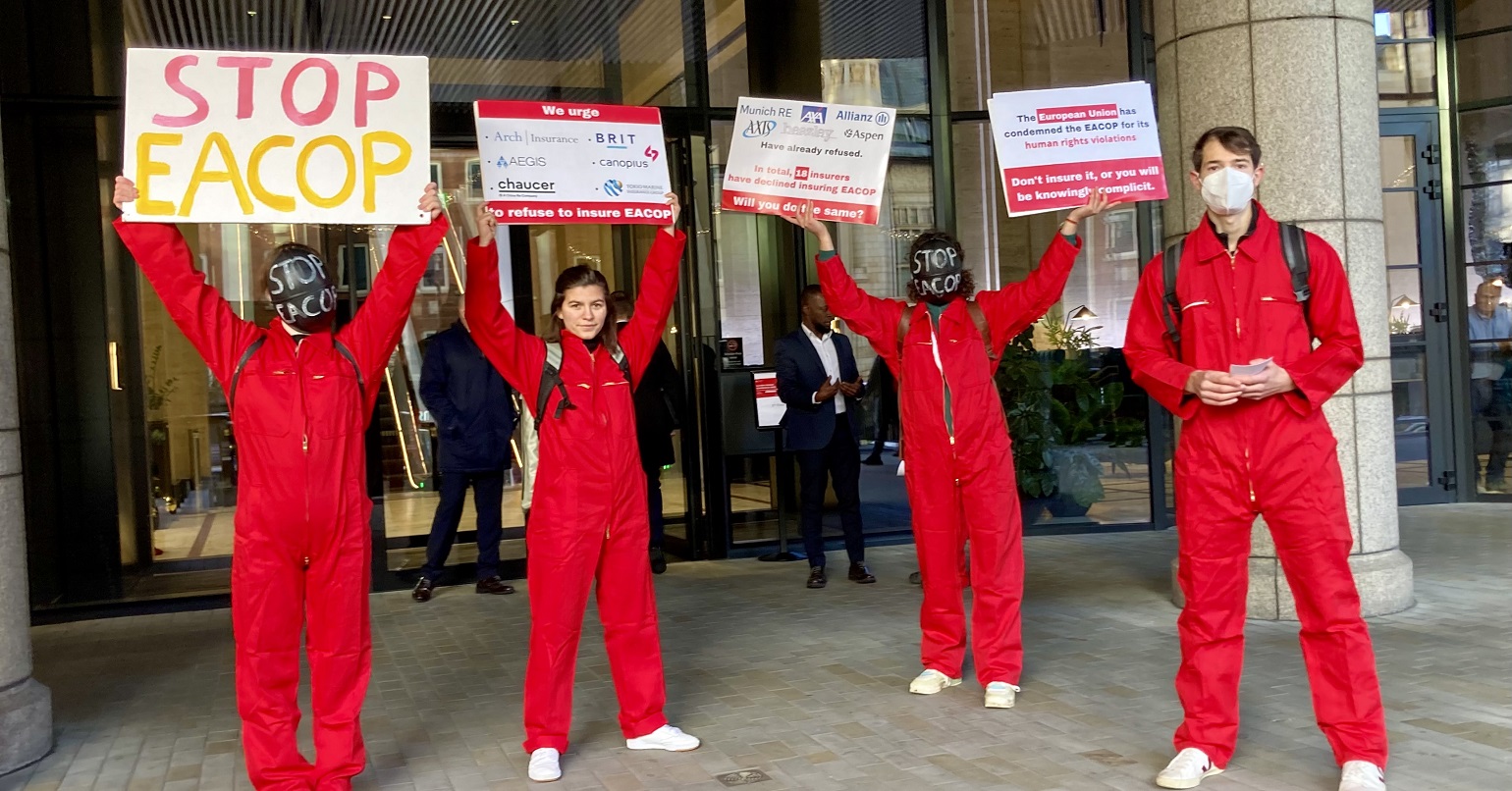 Campaigners from the #StopEACOP campaign took their fight to the London Market Conference this week. The conference, hosted by Insurance Insider, saw insurance companies from the UK and across the world gather to “address some of the most prominent challenges and opportunities facing the industry via thought-provoking debates and discussions”.

EACOP is a proposed new pipeline which would span 900 miles across Uganda and Tanzania. If built, it would be the largest heated oil pipeline in the world.

Campaigners have criticised the project for its role in the acceleration of climate change, and for its impact on local ecosystems and people who live in the area. Nearly a third of the pipeline will run through the basin of Africa’s largest lake – Lake Victoria – which more than 40 million people depend on for water and food production.

As part of their protest, campaigners dressed in red overalls and war masks reading ‘Stop EACOP’. They also held banners in front of the events and distributed leaflets to representatives of attending insurance firms.