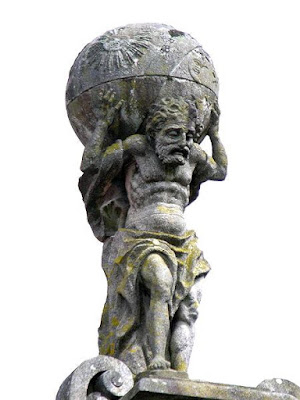 “To protect our freedoms from state encroachment and encourage greater social responsibility, we will replace the Human Rights Act with a UK Bill of Rights.”

That is the only reference in the 130-odd pages of the Conservative manifesto to their policy on the 1998 Act and its proposed replacement. It appears under a heading – I kid ye not – Restore Our Civil Liberties. Doesn’t it have a marvellous doublethink quality? The two corners of the first clause do a  tremendous feat. On one hand, the Tories are apparently suggesting that the Human Rights Act stands in the way of state encroachment, hence a British Bill would be a sturdier defence. On the other, that sniffish aside about social responsibility is doing a lot of work, puffing away heavily on the dogwhistle appeal of abolishing the Act. The levity of the deed is what strikes me most keenly. This isn’t a painful policy reconciliation, taking the weight of the world on their collective Conservative shoulders. In this vision, the Tory Atlas Juggles the issues, the globe in his hands no longer an unwieldy object, but a dainty gewgaw flicked and spun with dazzling prestidigitation. Our Atlas winks at the audience too, the old lecher, making great play of his legerdemain. In their Foreign policy section, the manifesto has the bare faced cheek to claim that ~

“A Conservative government’s approach to foreign affairs will be based on liberal Conservative principles. Liberal, because Britain must be open and engaged with the world, supporting human rights and championing the cause of democracy and the rule of law at every opportunity.

Surprisingly, they also suggest that ~

“A Conservative government will always speak up for freedom and human rights.”

Nota bene: “always” for the present purposes, being defined as in every circumstance excepting p. 79 of this manifesto where we explicitly speak out against the Human Rights Act. Its tempting, terrifically tempting, to write all of this off as appalling Janus-faced rubbish, dishonest and pandering at home, patronising and pious abroad. But could a plausible account be reconstructed where the Tories could consistently hold both positions cited above? One possibility which suggests itself is the argument that the Human Rights Act doesn’t really represent human rights. It has a misleading label, cooked up by sinister New Labour types, who wanted to hoodwink the goodly public by labelling their project in domination in a positive way. For human rights enthusiasts, it is a false friend. This leads to the quaint argumentative structure that abolishing the Human Rights Act is a way of realising human rights. Plausible? Not terrifically. Arguable? Well, they seem to be arguing it here. I say seem – as these brief asides are too constrained a policy prospectus to give us any real idea what they actually mean to do, if they get into government.
A hung parliament may settle their intentions for good, of course. But we can pose some of the questions they’ll have to face right now, if they want to abolish the legally binding standards based on the European Convention evenly across Britain. I notice that Alan Miller, the Chairman of the Scottish Human Rights Commission has a piece over at the Guardian mentioning some of them. Devolution poses an undeniable problem to the Tory policy. Its worth being precise about how this would work. The problem isn’t the Human Rights Act itself. Even if that were repealed – its the  European Convention Rights and not the Human Rights Act simpliciter which is part of the Scotland Act. It constrains ministers, it constrains the legislature. In case you won’t take my word for it, here are the sections of the Scotland Act which make the distinction clear:

57. (2) A member of the Scottish Executive has no power to make any subordinate legislation, or to do any other act, so far as the legislation or act is incompatible with any of the Convention rights or with Community law.

That being so, it seems that even if the Human Rights Act was done away with, these sections and their lawful effect would remain. So would the Tories also amend this out of the Scotland Act? Herein the political difficulties rear their angelic heads. By trying to repeal the Act or tamper with this aspect of the devolved settlement, the Tories would prompt the Scottish Parliament’s considerable ire. Holyrood has a clear, even a resounding majority in support of the Convention rights and the Human Rights Act. What would the Tories in government do? Ask Holyrood and abide by their wishes? Not ask Holyrood and legislate anyway?  Is that the Respect agenda in action? Alternatively, it may be that the circumstances envisioned by Alan Miller come about. The Human Rights Act is abolished – but Scotland retains its legislative provisions on the Convention. It’d be an interesting conclusion to the inevitable debate.
Owing to an understandable but loose way of talking, I think folk believe that the Scotland Act merely contains the Human Rights Act – with the latter whole enactment being more or less easily repealed at a stroke. Not so.  If the Tories have convinced themselves that that is the case, the should disabuse themselves hastily.  The angel is in the accidental detail. 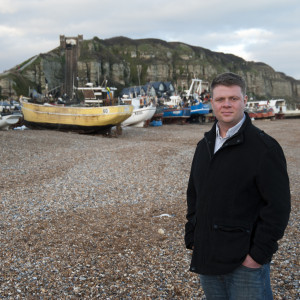 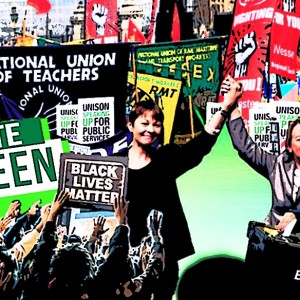 Are we ready to shake things up?

9 Thoughts on Left Unity and its Founding Conference

« Why we should be talking about Land Value Tax
prediction: Gordon Brown will be the ‘next’ PM »