Amid the fuss this week as the coalition government announced that NHS direct would be scrapped and replaced with the cheaper NHS111, the Telegraph reported that for the second time in three years Jodrell bank is under threat of closure.

It’s not clear from their article whether that means their new visitor centre or any or all of the scientific facilities and projects based out of the centre. Last time round, amid huge cuts to the Science and Technology Facilities Council (STFC) budget, UK astronomy fared badly, but the rumours that the Merlin project based at Jodrell bank was to be cancelled proved not to be true. In fact Merlin, an array of radio telescopes distributed around Britain, has recently been upgraded. To cancel the project now before there has been a chance to properly use the upgraded capabilities would be remarkably wasteful.

Of course, radio astronomy isn’t the only field under threat from the coming cuts. The UK’s science budget of £3.5 bn could be facing cuts of up to £1 bn, and that’s after the £600m announced by the previous government at the end of 2009. As the Guardian reported last week that would likely entail losing at least one large facility. Perhaps the £383m Diamond Light Source in Oxfordshire, or the recently upgraded, at a cost of £145m, ISIS neutron source. Again we see new facilities, facilities we need if we are to remain competitive with the rest of world, where governments are investing in research, and push forward the boundaries of our understanding of the world and universe around us, being threatened with closure before we have really used them. It just shows a staggering lack of understanding of wastefulness and inefficiency. It shows an attitude to science bordering on vandalism and would be incalculably damaging.

Full disclosure here, I work in a physics department, and while my position isn’t under threat (as a theoretician all I really need is a normal desktop computer and a place to work) I’ve already seen colleagues face facilities close and have to move to new projects in the middle of a PhD, not an easy or unstressful move. I know people who will be affected if we close Diamond or ISIS and I know how much damage has already been done through poor planning and insufficient funding and how much more damaging cuts of 25% would be. The Royal Society say 20% cuts would be “irreversibly catastrophic for the future of UK science and economic growth”

And this comes from a government that told us they were committed to science. That they understood it’s importance to our economy, that they valued its contribution out-with the monetary costs and benefits. Before the election the lib dems pledged not to cut the science budget this year:
“Because we believe that science is vital to our economic recovery, we have pledged not to cut the science budget in 2010-11”. Tory Science Minister David Willets says he values the research base and that “Government backing for research does make economic sense”. When previous cuts were announced less than a year ago, the lib dem chair do the Commons Science and Technology Committee said “The Government’s policy ambitions are at odds with its actions, on the one hand it champions supporting business investment in research and development, while on the other it announces cuts which threaten the very science base that underpins such businesses.”

When Labour cut science funding it was a threat to our future, now the coalition is intent on slashing public spending will we see the same defence from concerned Liberals? I hope so, because they were right in March and more investment not less is still the right way to rebalance our economy and to emerge more quickly and in a better position from recession. 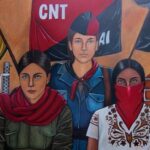 From Spain to Syria – a Green revolution against fascism today

« Why I superglued myself to the Royal Bank of Scotland
James Youd: No to a Green shadow cabinet »