No ideas? Try the Greens

This piece by Tom Chance is a review of this pamphlet

If you’re looking for an advert against pinning the hopes of entire social movements on one political party, this pamphlet from the New Political Economy Network could fill a billboard. The authors’ analysis of the miserable failure by “the left” to overthrow capitalism is spot on; but their convincing prescriptions for the ailing patient miss the opportunity to explore what other parties and non-partisan intellectuals can bring to the operating table

For Greens in the UK, it is striking how close their “new political economy” is to the manifestos of our two Green parties.

This new political economy is the main thrust of their pamphlet. The authors bemoan the failure of “the labour movement… in the ideological vacuum left by New Labour” to develop an alternative to neo-liberalism, most evident in the General Election manifesto 2010 that was bereft of any big ideas following the crisis.

Darling’s “cut the deficit ever so slightly more slowly” line failed to convince the electorate that Labour either understood the causes of the crisis or had any clear approach to dealing with the fallout. The sharp simplicity of the Conservative shock doctrine and their attack on a profligate government that “failed to fix the roof while the sun was shining” – whatever that argument’s intellectual merits – was much easier to grasp, and the narrative has stuck in the media and the public mind.

So it’s no surprise that the pamphlet opens with the same lament that Adam Ramsay recently added to this blog. If one can talk of “us, the left”, then we’ve been thrashed ever since the global financial system fell from conventional grace in 2008. Though I could nitpick some of their analysis, I’m much more interested in their proposed new political economy.

The big idea is essentially this: the private sector has failed to create the jobs and invest in our future over the past thirty years. Simply plugging the gap with public sector expansion paid for by taxing out-of-control banks isn’t sustainable and produces an unequal, dysfunctional country. The Government needs to invest in a more democratically owned, job creating, low carbon future economy.

Invest, they emphasise, don’t stoke consumption and debt. Capital expenditure on homes, port upgrades and insulation will kick-start a more balanced economy, rather than tinkering with VAT and loosening bank credit. Darling’s planned 50% cut in capital expenditure (yes, you read that right) was exactly the wrong thing to do at a time like this.

Hmm, sounds rather Green, no? A key advantage of this Green New Deal (there, I said it) is that it takes us away from arcane macroeconomic arguments about deficits that almost no voters understand. It affords a clear line of attack on the Government – why are you bankrupting our future instead of investing in it? Why are you shrinking the economy instead of expanding the tax base? And so on.

It also requires a clear break from the politicians who led Labour into their 2010 defeat.

Let’s get a bit more specific about policies.

They would invest in low carbon energy, insulation and reuse/repair/recycling; invest in social housing and support co-operatively owned homes; provide tax incentives for co-operatives and regulations to increase worker participation in companies; press for transparent public pensions that invest in our future rather than unproductive figments of a banker’s imagination; and widen the market share of credit unions, co-operatives and building societies.

To me, that sounds remarkably like the 2010 manifesto of the Green Party England & Wales. At our Autumn conference we passed policy resolutions firming up our support for co-operatively owned homes, mutual banks and the low carbon economy. We’ve been on this agenda for quite a while.

So why does this pamphlet aim itself exclusively at the Labour Party, except to influence tribal Labour members? The authors namecheck the Green New Deal group in which some were involved; they don’t acknowledge that elements of the Green Party, the Liberal Democrats, the Scottish National Party and Plaid Cymru are all pressing for similar solutions with a similar overarching economic philosophy. But “the left” – presumably excluding all of us – is apparently bereft of ideas.

Tribalism is a curse on Labour. Activists from every party are likely to get personal and petty, it’s how we feel secure in our identify as Party-of-Choicers. Greens can be as guilty as anyone, deriding the Big Society for example even though the concept should resonant strongly with our localist, community-centric philosophy.

But sometimes Labour seems incapable of pitching its tent in a progressive campsite, waiting instead for us to squat in the porch of its own Big Tent. The few isolated examples predictably occur in places where voting systems create consensus coalition politics, where a ruling Labour administration happily takes ideas, advice and assistance from other parties.

In his acceptance speech, Ed Miliband stated intent to support the Government where it does good things – rewarded with stony Labour activist faces. Maybe this will help the authors of this pamphlet and those shaping the Labour Party embrace the creativity and intellectual power offered by friendly parties like the Greens. If the pamphlet has any traction, they could do worse than talking to Caroline Lucas, Robin Harper and Patick Harvie. 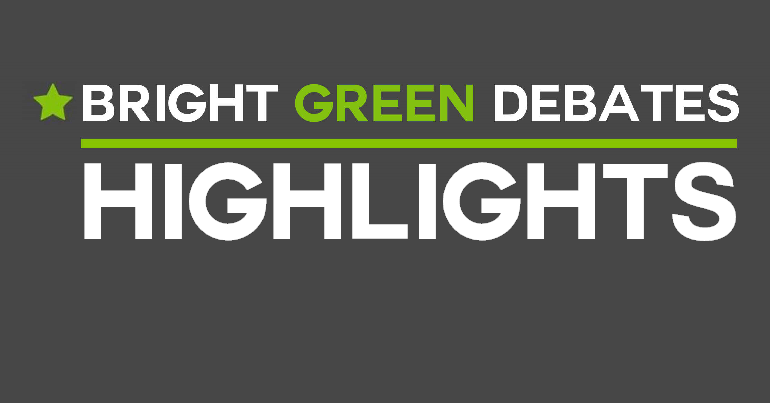 « How the left has lost?: New Labour
The Poor had no Lawyers »