Radical media has a long history in social movements, from The British Worker, launched during the 1926 TUC General Strike, via audio cassettes with subversive messages passed around during the Iranian revolution, the Zapatistas, Samizdat and Indymedia to blogs, Facebook and Twitter used during the recent revolutions in Egypt and Tunisia. Faced with a corporate media focused on maintaining the status quo, social movements have for years been concerned with creating their own media as a platform to express their ideas as well as to avoid, subvert and challenge dominant power structures.

The term ‘radical media’ itself also has a long history. For example, in 1983, media scholar John Downing published the first edition of his book Radical Media: Rebellious media and social movements, exploring the history of social movements’ use media – ranging from dance and graffiti, to video and the internet, culture-jamming, subversive art, performance theatre and underground radio.  In the book he outlines ten criteria for what constitutes radical media. I won’t go through them all here, but one in particular sticks in my mind:

Radical, alternative media has one thing in common. It is that they break somebody’s rules.

I’d been planning to attend the Radical Media Conference, organised by Peacenews in October and was really surprised to see that the event title was recently changed to the ‘Rebellious Media Conference’. I thought it was strange given the well-known history of the term ‘radical media’.

Yesterday I found out why the conference title had been changed.

It turns out that a corporate advertising company calling themselves @Radical Media LLC has trademarked the term and has sent a threatening cease and desist letter to the organisers saying:

It has come to our attention that you are using the RADICAL MEDIA trademark to advertise a conference to be held in central London on 8th and 9th October 2011. This conference is not an event licensed by @radical and you will therefore appreciate that your use of the RADICAL MEDIA registered trademark constitutes an infringement and passing-off of @radical’s valuable intellectual property rights.

@radical does not take lightly any misuse of its intellectual property, unauthorised association with their programs of with itself and any possible damage to the reputation, goodwill and earnings of the same.

Accordingly, we therefore require that you immediately cease all use of the RADICAL MEDIA trademark to promote your conference, that you remove and destroy all offending materials from distribution and from all websites developed for your use (including Facebook and Twitter pages) and that you confirm to us in writing that this has been done.

Unsurprisingly, the organisers were shocked and surprised. This is what they write in a blog post:

Our collective jaws dropped, how could anyone own an adjective? Yet in the closed-source world where intellectual property is hard currency, it appears that virtually anything may be trade-marked. We didn’t know whether to rant or cry. Our instincts told us that anyone with a radical bone in their body should fight this corporate usurpation of language, but the prospect of facing legal costs in line with house prices tempered this instinct. Even if we won such a battle we could only expect to recover 75 percent of these costs, leaving us tens of thousands of pounds down, money which – even if we had it – should be spent on more useful, more radical things than legal fees.

A corporate company like @Radical Media LLC has nothing to do with radical media. It makes adverts for companies like Schweppes, IBM and Vodafone. It doesn’t break anybody’s rules. It’s not small-scale. It doesn’t aim to break down power structures. This is the extreme end of corporate globalisation and we must resist it.

On Tuesday 3 May (Word Press Freedom Day), at 5pm, a demonstration entitled ‘We make radical media, you make adverts’ has been called outside @Radical Media’s offices, London W1T 7AA. It would be great if we could get as many people to come down as possible. There’s a Facebook event to invite people to here. To show your support, please also blog, tweet, forward and link to the story. Also, why not let @radicalmedia know what you think on Twitter or by email? Or you could phone or email the person who sent the threatening letter, Joan C Aceste. Her number is +1 212 462 1500 and her email address is aceste@radicalmedia.com.

Campaign after campaign has shown that it is possible to shame companies into changing their policies. We need to tell @Radical Media LLC that groups that work on genuine radical media projects must be allowed to talk about what they do using a normal phrase.

We emailed John Downing about it. This is what he had to say:

As the author of Radical Media (Boston, Mass., 1984), and the second revised edition by the same title in 2001 (Los Angeles, Calif., 2001), both multiply cited in a variety of nations across the planet ever since, it is patently ridiculous and, if persisted with, actionable, for this entity to attempt to hijack my title and exclude legitimate organizations from using it in the public realm. I will enjoy engaging in legal action to forestall their consummate arrogance. 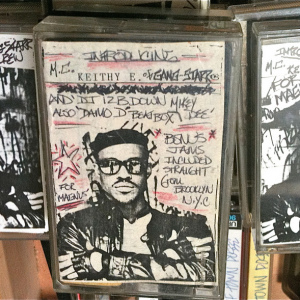 « T-Mobile royally rips off domestic violence campaigners
Superinjunctions: One law for the rich »