The economic collapse: four points and a question

I’ll pause there so you can reflect on that. Yes, these people in whom we are supposed to entrust our entire economy managed to get their sums wrong. By $2tn.

But that’s not why it doesn’t matter. It doesn’t matter because credit ratings exist so there’s a simple way to tell investors a bunch of complex things about a country’s likelihood to pay back the money they owe when they owe on time. Japan and China – the main people who lend to the USA – are sufficiently familiar with the state of the US economy that a bunch of innumerates aren’t going to change their minds in a major way. So effectively, all the downgrading tells us is things we already knew.

And, perhaps conversely, it isn’t even guaranteed that it will get more expensive for the US government to borrow over the next few weeks and months. If I had £1,000,000, and was thinking about where to invest it, where would I put it right now? As stock markets collapse, US government bonds might look like a comparatively good bet, even if one of the three ratings agencies is telling me it’s not as good as it used to be. In fact, UK government bonds have boomed again as a result of last week’s stock market crash, making our borrowing cheaper (UK 30 year guilts went up in price by 1.3% as equities fell on Friday). So what matters to investors is how safe US debt is relative to other investments. And as things get worse generally, they will probably look comparatively better…

2. This is about lack of demand:

As Gavyn Davies puts it : “Most economists, and I am among them, still believe the most pressing concern is a shortage of demand” or Joe Biden’s former economic adviser: “the main drag on the US economy is a simple lack of demand”.

Of course, part of that lack of demand is because governments are cutting – the world’s biggest purchasers are buying less. But the other part is people. Why aren’t we buying stuff? Well, for two reasons, we’re broke. First, austerity measures have delivered stagnant wages and high unemployment. Add in high inflation, and people, surprise surprise, buy less. Since the new economy bubble burst – and in fact even before that, back to the oil shock in the early 1970s and the birth of neo-liberalism – governments and central banks have used both deregulation and monetary policy to encourage us all to borrow to spend. Rather than finding new ways to make real wealth, we were encouraged to borrow to the hilt to make up for our stagnating economy. In the credit crunch, we saw some of the problems with that – as Peter McColl has put it here:

“The coalition Government’s austerity package has removed the velvet glove of consumerism from the iron fist of late capitalism”.

“Lack of demand” is what the people who own companies call the thing that most people see as “being poorer”.

3) We shouldn’t be surprised.

In 2007/8, the economy collapsed because it was, well, completely messed up. We had relied far too much on financial services rather than on doing anything useful, we had relied heavily on debt to drive up demand. This basically turned out to have been a stupid idea. Since then, we’ve done basically nothing to fix the problems. We’ve just tried to re-inflate the same bubbles. It’s only a matter of time until it all falls apart again. It’s looking increasingly likely that we are in the middle of this collapse. If so, this is no big shock. Maybe it’ll come next year. But it is bound to come. We shouldn’t be surprised if it turns out that it’s now. For those who are surprised, here are some simple questions: What do you think happened in 2008? and what’s changed to fix those problems?

4) This collapse shows the failure of austerity:

“Claims that fiscal stimulus has been crowding out the private sector appear ever more questionable. The government is retreating from the economy, leaving businesses a lovely big output gap to stretch out in, and yet the ingrates are reluctant to come out of their corner.

“No major advanced economy I can think of is doing anything substantive to promote growth and jobs.”

Europe has cut and cut and cut. And this is where we’ve ended up. The US started to cut, and the markets collapsed.

We used to talk about corporatist economic policies: economic policy run for the benefit of corporations, not people. It seems to me that what we are slipping into is something different: economic policies run only for corporate executives. As Stiglitz calls it of the 1%, by the 1%, for the 1%. So, the very wealthy executives push for tax cuts for, well, themselves. They demand massive cuts to pay for this. The cuts mean less demand from the people who receive benefits and less demand for government contracts – they damage corporate interests. But they are good (in the short term at least) for the executives who demand them. Ha-Joon Chang points out that the US automobile industry collapsed because executives inflated their share values through share buy-backs, rather than by investing in new technology. In other words, they increased the value of their shares at the cost of the corporations.

Are we seeing a new phenomenon – an economic policy not run for corporations – one which is in fact willing to see them go to the wall – so long as their mega-rich executives don’t feel the pain? Perhaps we should call it ‘executism’. Because that’s exactly what they are doing to our economy. 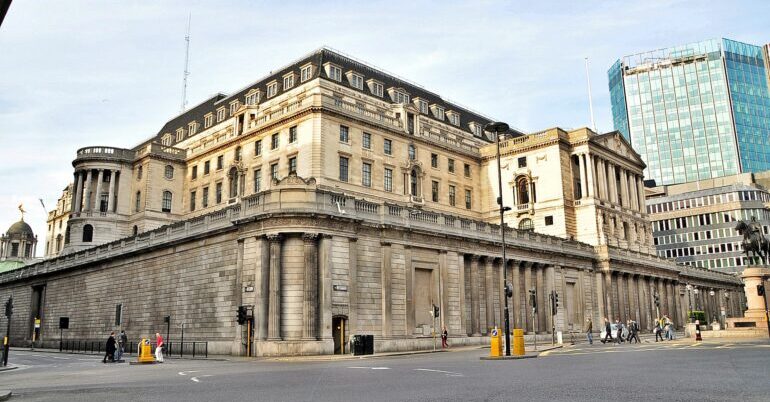 « Alienation: Jimmy Reid
From Tottenham to Oxford: time to listen »