In defence of Johann Hari

I first stumbled across Johann Hari’s journalism in 2006, when I was a lonely, frightened gay teenager. Reading through his many articles on gays issues – his obituary of Section 28, his profiles of Peter Tatchell, his condemnations of homophobic bullying, and on and on – helped me immensely, giving me a quiet sense of self-assurance which helped me through my final, frustrated year at school. It is partly because of this glowing kindness, this compassion that positively shines through his work, that I have been shocked at the outpouring of venom against him across the blogosphere. So I would like to take this opportunity to take make the Case for the Defence – in the fairest, most dispassionate way I can.

Fundamentally, it is my contention that the Johann Hari scandal has been incredibly overblown. As far as his interview technique is concerned, I think Naomi Klein put it best when describing it as an ‘attribution problem’. And, given that none of his interviewees has ever complained about being misquoted (even when Johann has been very critical of them), the accusations of fabrication do not carry weight. As it happens, I was with Johann when he was preparing for the interview with Gideon Levy, the interview with whom ignited this scandal, having bumped in to him at Kings Cross Station last summer. Johann was going through what appeared to be around 500 pages of small-print text of his work. His technique involved more effort – not less.

As for wikipedia-sock-puppetry, I agree that it was wrong for Johann to call Christina Odone a homophobe (she is relaxed about gay marriage), and childish of him to continue what appears to have been a very difficult and hostile working relationship at the New Statesman online, years later. But the worst that can be said about the editing of his own profile is that it was narcissistic.

And yes, when you are writing two columns a week over the course of a decade, inevitably some of your facts are wrong. In his article marking the sixtieth anniversary of Israel’s creation, for instance – ‘Israel is suppressing a secret it must face’ – he inaccurately quotes pg 23 of Ilan Pappes Ethnic Cleansing of Palestine “The Arabs will have to go, but one needs an opportune moment for making it happen, such as a war.” Only the first part of that David Ben-Gurion quotation is correct (the rest is Pappe’s words). And yes, he made a mistake in saying he was in Iraq for a month, rather than two weeks. The length of time he spent in Iraq, however, is largely irrelevant – what matters is the authenticity of quotes from Iraqis, who, he says, he ‘spoke to every day by email’. And yes, some of his economic statistics are occasionally wrong.

The answer to this is not, however, to accuse him of being an ‘Aristotelian Mythologos’ as the blog Harry’s Place has hyperbolically and hysterically done. Nor is it to make the ridiculous comparison with Jayson Blair, a journalist who claimed to have visited places he hadn’t. Nor is it for Johann to throw up his hands and claim that journalism isn’t the profession for him. It is, instead, to do what Johann often does, which is to humbly admit his mistakes and correct them publicly. ‘All journalists are making judgment calls on the basis of partial imperfect information, and on that basis what you have to do is set out your thinking honestly. If the basis to that argument goes wrong then explain where it went wrong and why’ Johann said in an interview with Xtrra magazine.

Indeed, threaded densely throughout Johann’s work is a near-reverential respect for the empirical method, the rationalism of the Enlightenment, and an emphasis on the importance of admitting your mistakes. Not one to make a glib point, Johann’s columns are packed full of references to academic research, on-the-ground interviews with those he’s writing about, and, on his website, links to critiques of articles. ‘The meaningful question about any human being isn’t: does he get things wrong? With these limitations, we will all make big mistakes. The real question is: does he take the time to understand his mistakes and learn from them?’ he said a in a beautiful piece about intellectual error. This humility was demonstrated most admirably in his mea culpa over Iraq: ‘What I learned from that awful mistake – the true factors that drive US and UK foreign policy, rather than propaganda claims – have led me, I think, to positive insights since. If I had instead run from the error and insisted it wasn’t there, I would be stuck in a bloody blind alley, devoid of insights’ he explained.

To some extent, Johann is a victim of his own success. We progressives know that, alas, the tabloids and right-wing broadsheets cannot be relied upon to provide accurate information. We rely on the likes of Johann, therefore, to provide us with what we don’t find elsewhere. And, because he is one of the of the few columnists worth reading in the mainstream press, I doubt anyone would have noticed had this happened with anyone else. That’s why, painful though I’m sure this affair has been for him, he will come out of it an even better journalist than he was before: fully-referencing his articles online, in the style of George Monbiot.

Because the truth is that, if his return were not to succeed, it would be a massive, massive loss to progressive journalism. To take just two examples: climate change and tax evasion. On climate change, Johann has been one of the most robust, informed voices on this, the biggest threat humanity faces. He has written very vivid, moving portraits of how climate change is already affecting populations in Bangladesh, Sudan and the Arctic, brilliantly fleshing out the dry statistics into images and stories more easily comprehensible to the reader. And, in a brilliant article for the Nation, he exposed the corruption at the heart of some of the most famous environmental organisations: paid by the fossil fuel lobby to give a green sheen to dirty fuel. On tax evasion, too, he played no small part in the creation of UK Uncut – one of the most exciting activist groups set up in response to Cameron’s axe-wielding frenzy – taking the now-famous story of Vodafone’s 6bn pound tax rip-off from the pages of Private Eye, and writing about it in his column, later publicising the very first action on his twitter stream, telling people to look out for the famous ‘orange umbrella’.

His Orwell Prize, too, was thoroughly well-deserved. While many journalists could talk about nothing but Gordon Brown’s tantrums, shaking hand, and quivering jaw, Johann was pouring over his intellectual influences, giving us an account of how James Maxton, Adam Smith and Gertrude Himmelfarb have shaped our former Prime Minister’s thought. A scathing article on Liberal Conspiracy accused him of misinterpreting a handful of court judgments in Germany as representative of a general phenomenon, failing to point out that Johann quotes from Germany’s then Minister for Integration, Armin Laschet, saying these were “the last link, for the time being, in a chain of horrific rulings handed down by the German courts”. His article on King Abdullah al-Saud’s state visit to Britain gave us a valuable insight into the horrifying geopolitical realities behind the ceremonial hand-shakes.

There is a thoroughly misguided viewpoint being put forth from some quarters that one is only qualified to become an opinion-journalist if one has worked one’s way up from modest beginnings as, say, a court-reporter for a local paper. But the truth is there is a market out there for commentators who are capable of processing large quantities of academic research quickly, and condensing it into compact, readable essays which put the news in context. At this, Johann truly excels.

Young, talented, frustrated reporters have an understandable sense of injustice. But far from directing their anger at a man who thoroughly deserves his success and status, they ought to be channelling it towards the upper-middle class, journalistic non-entities of which the British press is chock-full. I realised that if you want to become a journalist, you have to work unpaid in Central London for as long as two years… ‘ (thankfully, Johann got a lucky break) ‘There are a lot of better writers than me out there – people who deserve to win this prize – who fall at that hurdle.’, Johann said in his Orwell Prize acceptance speech.

But if none of this convinces Chris Blackhurst and colleagues to welcome Johann back, let me appeal to their baser instincts – their instincts for cold, hard cash. The Independent’s daily circulation figures currently stand at around 180,000, and falling. It won’t be long before it tanks. And left-wing journalism, by its very nature – challenging wealth and power – does not usually make much money. It is, therefore, a testimony to Johann’s talent for producing lively and provocative writing that he has managed to become the Indie’s star-name. Johann himself will be okay – his undeniable talent will ensure he is snapped up by another British magazine or American periodical. But if Chris Blackhurst and colleagues want to maintain their comfy jobs and comfy salaries for a few more years – they will welcome Johann back with open arms. 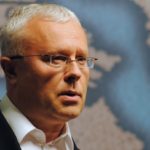 What do Greens and the billionaire press have in common?

« “Let All Indignados in all the squares join together”: Beginning From the Beginning
The Occupy Wall Street “We are the 99%” solidarity march »