What did you do if you were the victim of a crime in Georgian London? Say, for example, you’d been held up by bandits on the road, or had your house burgled? The answer – private policing. People, if they could afford it, would go to the local ‘thief-taker’ who would track down your brigand, retrieve your goods and see them into court, and often into the noose.

Unfortunately, even for those of the ‘hang them all’ persuasion, there was a massive problem with this system. Thief-takers were notoriously corrupt – with figures such as John WIld controlling large networks of thieves, brigands, and bandits. They would employ or use those indebted to them to steal and rob, only for the thief-taker to sell it back to its owners. Often they would seek out successful criminals to become employees. The system was rotten, with magistrates, judges and politicians engaged in massive fraud and corrupt dealings. Private prisons provided luxury for the rich and degradation for the poor. It was into this context that Henry Fielding established the organisation in 1749 which evolved into the Metropolitan Police in 1829, the principles of which were laid out by Robert Peel:

Police seek and preserve public favour not by catering to public opinion, but by constantly demonstrating absolute impartial service to the law.

Police use physical force to the extent necessary to secure observance of the law or to restore order only when the exercise of persuasion, advice, and warning is found to be insufficient.

Police, at all times, should maintain a relationship with the public that gives reality to the historic tradition that the police are the public and the public are the police; the police being only members of the public who are paid to give full-time attention to duties which are incumbent upon every citizen in the interests of community welfare and existence.

Police should always direct their action strictly towards their functions, and never appear to usurp the powers of the judiciary.
The test of police efficiency is the absence of crime and disorder, not the visible evidence of police action in dealing with it.

The picture sketched at the start of this article may be a somewhat alarmist vision of privatised policing, a lighter version being a comedy sketch from the 80s which I found when I googled Police Privatisation. But, there is ample evidence at present to show the massive problems created by handing over power on this scale to private companies. In traditional political theory policing, along with the military and the courts, were still sacred cows for those most opposed to government. Even Ayn Rand, not known for a friendly view of the state said that:

The process of essentially breaking up Policing and placing them under Elected Commissioners, is not too dissimilar from the process undertaken by the NHS in the past twenty years. Devolved budgets and caps on council tax will limit any scope for innovation, and instead force the Police down the route of cuts. As noted in a US study, the pressure of Police cuts means that private security is employed to take its place. For example a less visible presence in affluent areas which results in these neighbourhoods employing private security. The security guard on the gated community is a ubiquitous element of US popular culture, and a powerful metaphor for class conflict, as explored in the film Lawn Dogs.

In terms of a privatisation strategy, or hierarchy – back office functions will be the first to go, as Commissioners and Senior Officers choose to focus on the ‘core’ services of visible policing. Next to go will be non-visible or high-profile services, and then frontline policing. This is already underway with the much criticised scheme in the West Midlands to provide back office functions, the closure of the national forensics lab, and the use of private security companies by the Police in Norfolk. In Darlington, residents pay £3.50 a week for a private company to police the neighbourhoods – this would approximately equate to a precept (part of the council tax) rise of around 30%.

Private security companies have a terrible record inside and outside the UK. G4S lost a contract handling deportations for the UK Borders Agency at the end of 2010. G4S themselves came under intense scrutiny after an Angolan deportee died in custody, and subsequent criticism both of practice and of the racist and unprofessional conduct of G4S staff was voiced by the Chief Inspector of Prisons. The practices and procedures used by these companies are often opaque and without scrutiny. Private companies are not subject to the Freedom of Information Act, and the extent to which information can be found out through the public contracting authority is a legal battlefield. There would also be massive conflicts of interest. Take, for example, the recent case of Police collusion in blacklisting of workers in the construction industry. The prospect that private companies could have access to these types of records as a matter of course, could easily lead to this practice becoming widespread.

In conflict areas such as Iraq, the use and abuse of private security has been comprehensively catalogued and analysed in a series of books, including Corporate Warriors, by Peter Singer. The most notorious case being that of Blackwater (now renamed XE), whose contractors killed 17 civilians and injured 24 more on the 16th October 2007 in Baghdad. Can we really expect companies whose employees kill in one place, to keep the peace and promote community safety in another? 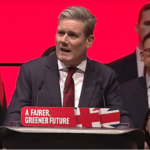