What a wonderful final scene of the first act of this farce.

When the CPS chose to prosecute only 30 of the 145 people arrested in Fortnum and Mason’s on the 26th of June, we laughed at the arbitrary criteria on which we were chosen. The judge then recognised that we couldn’t all fit into a court together, and broke us into three groups – trial A, trial B, and Trial C – each with a different judge

I have written before about the comedy enacted at trial A and trial B.

But trial C closed today. When I visited them in the middle of their case, something was different. The judge appeared to actually be listening to the case being made. And unlike the judge in the second trial, he was actually aware of the charge before the court.

Today, he found the defendants not guilty.

That’s not to say the case didn’t have its share of humour. When I visited, Polly Toynee and John McDonnell were giving expert witness statements. Both – respectable characters in the eyes of the court – were able to ridicule the absurd prosecution in a way the usually younger defendants couldn’t. Mologne, the aggressive prosecutor, had, for example, been making a big deal out of the fact that we all arrived at Fortnum’s at once. He talked about us ‘rushing the door’. When he grilled Polly on previous actions she had been on, he said ‘but you didn’t all rush the door at once’. She replied that, in fact, at Barclay’s, once, they had all arrived at once – more than a hundred of them: ‘oh, yes, we did do that’. But this is hardly a criminal offence…

When John McDonnell was asked if he felt his elder constituents would be intimidated by a protest, he pointed out that he was at a protest in his constituency just this week. “The average age was 65-75”.

And as well as humour, the trial had its heroics – each of the defendants gave evidence. Each who I saw was magnificent in refusing the accept the absurdity of the premices on which they were questioned.

And ultimately, the judge saw sense.

Trial A will appeal to the High Court – they got the law wrong. Trial B will appeal to the Crown Court – a full retrial. But the fact that three supposedly identical tirals have led to different verdicts shows quite how absurd this all is… And how wonderful that a third of us are now free! 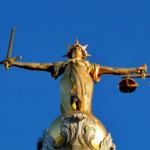 « Scotland's GPs Call for an End to ATOS Assessments
Why CCTV is not the answer to sexual assault. »