Why CCTV is not the answer to sexual assault. 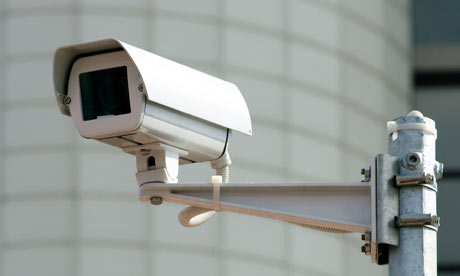 I’ve heard a lot of talk about CCTV recently, and this really worries me. It more than worries me, it disturbs me.

I am genuinely pleased to hear that the experiences of women are seriously being included in mainstream dialogue, and I am pleased to hear that people are looking for tangible solutions to sexual assault, harassment and rape. I fear, however, that positing CCTV as the answer takes a ‘one-size-fits-all’ approach to crime, and ignores the very nature of sexual crimes themselves.

The first, and possibly most important thing to note, is that the effectiveness of CCTV is controversial. The effectiveness of CCTV varies wildly, depending on location, number of cameras in place and the types of crimes being filmed. CCTV tends to be successful, for example, in car parks, and does reduce the rate of vehicle related crimes. Where CCTV is dramatically less effective, and why I take such issue with CCTV, is in relation to sexual assault.

If CCTV is installed as a reaction to the concerns of women, should we not be looking to women for the kinds of solutions they’d like to see? If so, CCTV is definitely not the answer. Before serious research was done into the impact of CCTV, many researchers claimed that they expected young women to be the class of people who would most see the benefits of CCTV, but this has been completely disproved by a huge body of literature.

In fact, the highest rate of dissatisfaction with CCTV is among young women who feel that their civil liberties are being breached, and the ‘advantages’ do not outweigh this breach. Many doubt the effectiveness of CCTV as a deterrent, and stated that they thought other methods of prevention would be better (increased lighting, for example). Many women also said that CCTV doesn’t even make them feel safer because they are aware that it is not preventative, and will have no impact if they are attacked.

Another major problem with CCTV is how much it costs to install and maintain. I recently read through Edinburgh City Council’s response to a Freedom of Information request  to find out exactly how much CCTV costs. Dependent on where the camera is installed (factors such as proximity to utilities need to be taken into consideration), the average cost is £26,000 PER CAMERA (I will provide this email, if anyone wants it). To be installed in The Meadows, the cost is likely to be considerably higher. Plus the cameras, once installed, need to be maintained, and, according to ECC, this costs around £114,000. (£114, 000 is the price of Edinburgh’s camera maintenance team).That’s an incredibly large and potentially useful amount of money, and I thought I’d outline other things that you could do with the price of one camera:

If we go by NUS’s statistics, 1 in 7 women will be the victim of a sexual attack during their time at university. A body such as The University of Edinburgh has around 16,800 women, meaning approximately 2400 women will experience rape, harassment or violence. If we then accept the oft-cited statistic that only 1 in 10 attacks are ‘stranger’ attacks, we can estimate around 240 women at The University of Edinburgh have been attacked by someone they didn’t know. I don’t think cameras on The Meadows are the best way to protect/support these 240 women. We also run the threat of ignoring the other 2,160 women at our university who are victims.

So why are we spending this money on cameras?
The money that we have should be directed into more successful preventative methods, but it should also be directed into supporting women who have already been abused and who are living with the consequences.

Practically speaking, that is why I am against CCTV. Women don’t want it, it is costly and it is not effective. But I think there are far more deep-rooted problems with CCTV, and it is indicative of a very patriarchal way of dealing with these issues.

Firstly, CCTV is voyeuristic and controlling. It treats women like children, incapable beings there to be protected. This has historically been the condition of woman. Passed from Father to Husband (a very physical manifestation of this is the weird ritual of being ‘walked down the aisle’), women are always under surveillance and CCTV is just a form of modern day paternalism.

It’s part of the culture that says women need to learn to ‘look after themselves’, and, whilst being street-savvy might be useful, it’s not the cure to the violent misogyny of sexual abuse. It’s this kind of ‘only walk on paths with good lighting, near roads, and preferably take a taxi’ that I find riddled with victim-blaming. I want to walk home without fear of being attacked, but I also want to walk home whenever I want without being watched. Not only do I want these things, I have the right to them.

There is a whole literature on women’s mistrust of CCTV (for a particularly good example, read ‘The Gaze Without Eyes’, Koskela (2000), Progress in Human Geography). Some of it is down to the way women perceive surveillance, and the perception of surveillance as gendered. Women more frequently inhabit places likely to be monitored with CCTV (shopping malls, public transport), and men are more likely to be the voyeur (the security guard watching, for example). When women are aware that their attacker is a male, they are obviously going to be mistrusting of a ‘male’ solution.

A further problem women often see with CCTV is the power imbalance it represents. Koskela makes this point succinctly in her aforementioned paper:

As used by an abuser, a ‘look’ can be as effective a weapon as physical violence: ‘[p]ower and the gaze are always linked in the mind of the intimidated’ (MacCannell and MacCannell, 1993: 215). Looking connotates power, and being looked at powerlessness. Harassment makes the gaze reproduce the embodiment and sexualization of women.

CCTV is a perfect example of unwanted voyeurism. Women, according to Koskela, are brought up to fear ‘Peeping Toms’, and surveillance cameras are the same kind of voyeurism. I go further than Koskela, I think they’re worse than this, I think that they are state-legitimised Peeping Toms that only serve to perpetuate fear culture. It’s as dystopian as 1984, only with the added offensiveness of being gendered. In fact, research shows that people’s motivations for using CCTV are 5 times more likely to be down to voyeurism than protectionism. We do not want these eyes watching us.

So, some practical solutions. How would I best tackle sexual assault, specifically on campus?

I firstly think we need good campaigns, ones that don’t victim blame. For example, the campaign launched by Liverpool Council earlier this year, in which they distributed beer mats around the city showing a girl passed out at a party carrying the tagline  “Can’t answer? Can’t Consent. Sex without consent is rape.” or the www.notever.co.uk campaign. People need to know where they stand in terms of the law. Over 50% of people according to those NUS statistics said they didn’t come forward because they thought their attacker didn’t ‘do anything wrong’. They very clearly did, and we need men and women to be aware of this.

I also think we need strong support for existing survivors. In a slut-shaming and naming, victim-blaming world it’s often very difficult for women to come forward in the first place. We need good counselling services, we need to liase with successful charities that can provide help (Women’s Aid, Rape Crisis etc) so that women know there is absolutely no shame in coming forward.

But, most importantly, we need to create social change. Women are not there to be abused or dominated. We are not subservient and we are not weak. We are human beings with rights, and they need to be respected. We need to create a society that respects women and challenge sexist and misogynistic views wherever we see them.

This post was originally published on Naomi’s blog itisiwhowillit. 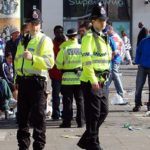