UK Uncut plan to ‘evict a millionaire’ over Bedroom Tax 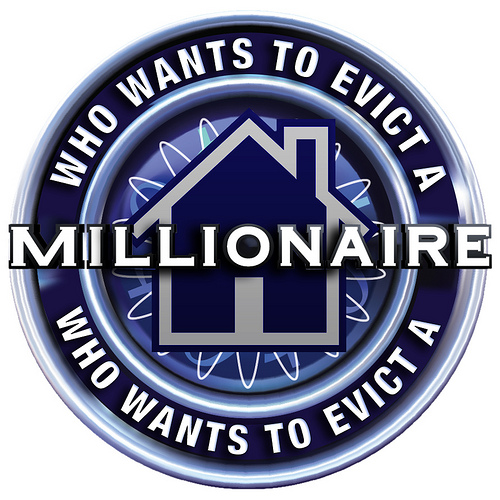 The anti-cuts direct action pioneers UK Uncut have announced that their next action will be a day of “mass civil disobedience” on Saturday 13 April. Their focus will be the Bedroom Tax and the benefit cap, both policies which disproportionately affect those people and families with the greatest needs.

As usual for the group, whose actions are likely to be targeted by police, details are scant at this stage. But the organisers say they will be “bringing the cuts home to millionaire misery makers… millionaires with loads of spare rooms, who are avoiding tax, or politicians or business people who are directly pushing or benefiting from the cuts.”

The clear implication is that the chosen targets will be the homes of some of the richest individuals in big business or in government.

The Bedroom Tax is the coalition’s plan to slash the housing benefit paid to council house or housing association tenants who are deemed by the government to have more rooms than they need. The benefit cap is the policy of placing a maximum figure on the amount of benefit one household can receive regardless of the number of people in it, in effect penalising children for having ‘too many’ siblings.

UK Uncut supporter Sam Atkinson said: “We must resist the attack on benefits for everyone, not just a few exceptions. The cap on benefits and the bedroom tax will have disastrous affects for people. It will make them poorer and potentially homeless.

“People on benefits are not the problem as the government would have us believe. We know it’s the banking system, tax avoidance, and the government’s austerity policies that are designed to make rich people richer and everyone else poorer.

“There have been protests across the country and now it’s time to hit the streets again and take civil disobedience so we can’t be ignored. We’re going to bring our protest to the the homes of millionaires who have got loads of spare rooms and are directly benefiting from or pushing the cuts to housing benefits that are making people homeless. We are going to show them that we will not accept their unnecessary cuts.”