Miliband, Cameron and Clegg must share the blame for the EDL

The EDL are on the march. A movement which had almost been vanquished has vomited its bile over the streets once more. While we must stand up to them, it is important not to let off the hook the powerful people who stirred up this filth, but now look on in proclaimed horror as it spreads.

It is easy to start the story of the new rise of the EDL with the murder of drummer Lee Rigby. But whilst that was the trigger, this was a spewing that was waiting to happen.

There are, of course, underlying, structural problems with our economy, and the capitalist system it depends on: wage stagnation, souring rents, unemployment and underemployment. People are, quite rightly, angry.

The question then is who they are angry with. It is, of course, obvious that the people who should be the focus of our ire are the powerful. But elites have always been good at shifting blame, and in the last few months, they have done a spectacular job.

There is, of course, UKIP: the salesmen hired by the wealthy to tell us who to blame. Whilst some of their activists are just hard fascists, the role their leadership play much more important. They are the school yard gossips, funded by the wealthy to bitch about immigrants in the morning, then feign horror in the afternoon when it all kicks off.

But more important than UKIP are those who pander to them. In recent months, David Cameron, Ed Miliband and Nick Clegg have all, in different ways, called for a crackdown on immigrants. Cameron should come as no surprise. Despite claiming during the TV debates to have met a black man once, his is a party which has been more successful than any other on earth because of its perfected skill in dividing and ruling. But Ed Miliband and Nick Clegg should know better.

In the run up to this year’s local elections, Ed Miliband gave two major speeches on immigration, and devoted an entire party political broadcast to the subject – a first for Labour. In his broadcast, he said that low skilled immigration (in other words, poor immigrants – as ever, he’s perfectly happy for the elite to do what they like) is too high, and offered the latest in a series of apologies for allowing people to make Britain their home whilst he was in office.

It’s worth noting the shift – in 2011, it was failure to regulate bankers for which Ed was proclaiming his remorse. Now, it’s for failing to regulate poor people.

Likewise, Nick Clegg has changed his tune – calling earlier this year for immigrants to have to pay security ‘bail bonds’, and abandoning his commitment to an amnesty for illegal immigrants. The point isn’t the detail.

The point is the story that these speeches tell people: they continually reinforce the idea that the housing crisis, the unemployment crisis, the wages crisis, are all caused by the people moving to Britain rather than those who run Britain.

As Andrew Rawnsley wrote in March:

“Politicians won’t shut up about it. There are days when the conversation seems to be about almost nothing but immigration.”

It should be no surprise that this leads to the EDL marching on the streets. People are angry, and Labour, Tories and Lib Dems have been channeling that rage at those who least deserve it. They cannot shirk their share of blame for the EDL’s rampage today. 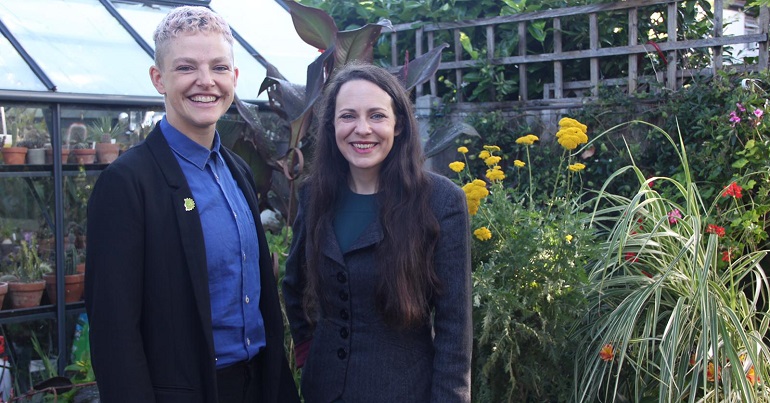