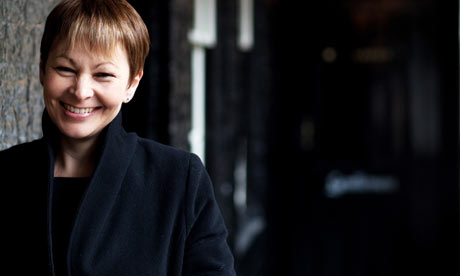 Green MP Caroline Lucas will table a private member’s bill later today, in a bid to reverse the disastrous privatisation of the railways and bring the network back into public ownership.

Britain was once a world leader in transport thanks to our hugely successful railways, but today’s privatised system – characterised by poor services and some of the most expensive fares in Europe – is ripping off passengers, harming the economy and failing the environment.

If the government really wants to make savings and improve our transport network for everyone, it should recognise that privatisation has failed and gradually return the railways to public ownership.

The bill would require each of England’s 15 privately-held rail franchises to be brought back into public ownership permanently as the their terms expired. One further franchise, East Coast, is already publicly owned after failing under private control, and the bill would halt its planned reprivatisation. With many franchises due to expire within the lifetime of the next parliament, as this graphic from the TSSA shows, nationwide renationalisation could be achieved in just a few years:

Caroline said: “By taking back individual franchises when they expire or when a company fails to meet its franchise conditions, the state could save over £1 billion a year every year – an amount that can be spent on improving services and reducing rail fares.”

The figure of £1 billion a year is provided by the Rebuilding Rail report sponsored by the rail unions ASLEF, TSSA, RMT and Unite, and includes “higher interest payments in order to keep Network Rail’s debts off the government balance sheet; debt write-offs; costs arising as a result of fragmentation of the rail system into many organisations; profit margins of complex tiers of contractors and sub-contractors; and dividend payments to private investors.”

Another of the extra costs carried by the rail network as a result of privatisation is the unjustifiable bonuses claimed by senior bosses. TSSA revealed this week that executives at Network Rail, the private company that owns and runs the rail infrastructure, are planning to award themselves annual bonuses of up to 160% of their salaries. This on top of a basic wage which, for Chief Executive Sir David Higgins, is already £577,000 per year.

Caroline has pointed out that it is downright odd that our own national and local governments are banned from tendering for rail services under the Railways Act 1993 that created the current privatised system, but (as the RMT have shown), 60% of our network is run by state-owned rail companies from other countries.

Whether owned by foreign states or private shareholders, rail franchisees have very successfully spirited money out of our public transport network and into the pockets of their parent companies. The TUC’ Great Train Robbery report shows that, between 2007 and 2011, the five most heavily subsidised franchises handed over between 81% and 106% of their total operating profits to their financiers. With those companies only in profit at all thanks to huge subsidy, this is public money that is being handed out to shareholders; or, as Caroline puts it: “this is a blatant transfer of public money to private interests at the expense of the taxpayer and rail passengers.”

The result of poor management and profiteering has been that the cost of travelling by train has risen by 17% since privatisation, while the cost of motoring has been falling by 7%. Additionally, the supposedly ‘private’ rail industry now takes £4billion in subsidy each year.

Caroline reports that she has already received support for her bill from some Labour backbenchers and MPs from Plaid Cymru. Certainly, it is getting more and more difficult for Labour to explain why their leadership doesn’t support a mainstream left policy consistently backed by around 70% of the population.

The blog Labour List has this week argued that Labour should – and might – change its tune on renationalisation.

Many people express the hope that the Green Party can pull Labour back towards the left. On this totemic issue, Caroline Lucas may be about to.