Greens are set to hand in the petition demanding the party is invited onto the TV General Election debates on Thursday morning.

The petition has been signed by over 260,000 people since launching just a month ago – gathering around 60,000 signatures per week.

Among those handing it in to the BBC’s Broadcasting House in London will be GPEW Deputy Leader Amelia Womack, as well as many other supporters.

The campaign to #InviteTheGreens has been an incredible boost for the party, leading to a massive membership surge over the past month, with over 7,000 new members since September 12th, when the campaign began.

The push for inclusion began after the party was rejected by the major broadcasters from the TV debates – despite UKIP getting a slot.

It has gained widespread coverage, and led to #InviteTheGreens trending on Twitter during Caroline Lucas’ Question Time appearance.

Started by Young Green Robyn Meadwell, a message to supporters on the change.org site this week said:

“In the month since I launched the petition the Green Party of England and Wales have been working around the clock to get the broadcasters to reconsider their decision to exclude the Greens from the debates and there has been great progress:

– On 15th October the Green Party issued an ultimatum to the broadcasters: seeking an explanation within two days and a meeting within a fortnight where it could make its case, or they would begin a formal legal process.

– On 29th October the BBC set out its response rejecting the demand to be included in the tv debates.

– And this week parliamentarians from across the political divide called on the BBC to include the Green Party, Plaid Cymru and the Scottish National Party in the leaders’ debates.

The Green Party is in the process of meeting the different broadcasters face-to-face and making its case to be included.

It has said that while it hopes to resolve the matter without having to take legal action, it will use “all available means” to ensure its inclusion and that “nothing is off the table”.

So on Thursday morning (13th November 2014) I’m going to hand my petition in to the BBC to keep up the pressure. In the coming weeks I’ll also be handing it in to the other broadcasters.

The more people we have, the more of a stir we’ll make.

Make sure to join the hand-in if you’re based in or near London. The broadcasters are getting worried – and they should be. 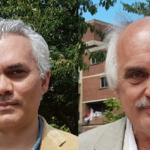 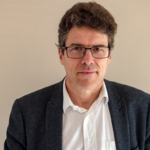 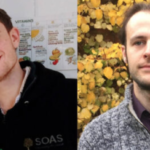 « 5 reasons to march for Free Education on November 19th
At a crossroads: where do the European Greens go from here? »