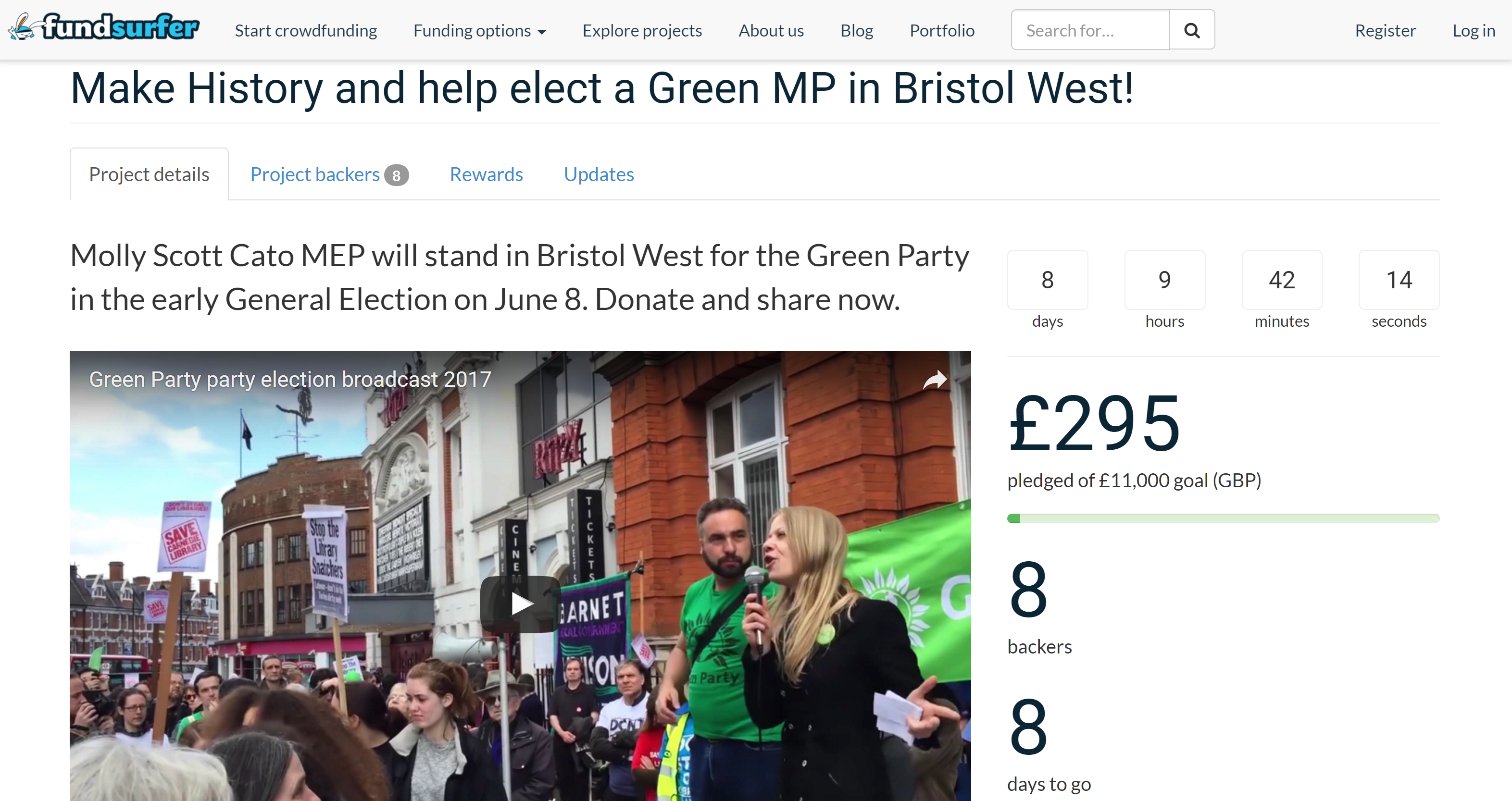 The local party are trying to raise £11,000 through crowdfunding site FundSurfer, with the fundraiser running until the 3rd of May.

The constituency is the Green Party’s ‘number one’ target seat, as Bright Green first reported, with the Greens coming second there to Labour in 2015.

“The Green Party stands to make history in Bristol on June 8, where the people of Bristol West will have the chance to elect their first Green MP. I’ve served the area as MEP since 2014 and as an MP I’ll be 100% committed to protecting the environment and fighting climate change. I represent a party untainted by the unpopular policy of privatisation.

“The Green Party has been calling for a general election since June last year because the Prime Minister has no mandate to throw us off a Brexit cliff edge. We can create another future for Britain. I will resist an extreme Brexit and I’m determined to give the people of Bristol a vote on the final deal. Bristol is the country’s Greenest city and I look forward to making history in June.”

You can donate to the crowdfunder here

Note: this article was amended at 11:52 on 26th May to correct the end date of the crowdfunder- it ends on the 3rd May, rather than 3rd June as previously stated.