In 2020, London will go to the polls to elect a new Mayor and members of the London Assembly. The London Green Party are now in the process of selecting their candidates for those elections. Bright Green is offering every candidate seeking selection an opportunity to tell our readers why they should be selected. One of these candidates is Rosamund Adoo-Kissi-Debrah, who has the following to say:

What are the biggest issues facing Londoners?

Air pollution, mental health, housing and then knife crime. There are many other issues, but these are the main ones I think.

How do you propose that you would tackle these?

Number one, the first thing to do is really, if we go for air pollution, is to make the Assembly understand this is a public health crisis. Because I think a lot of the time, people look at the environment, they don’t look at the health aspects of it. So I think it’s to convince the Assembly to liaise with health professionals and very much to get the Mayor on board. Because we need to come up with a strategy in London [of] how to deal with the crisis. For example, one thing I’d like to do is to make public transport cheaper… to subsidise public transport. Because as long as it is more expensive on public transport, people are not going to lose their cars.

And by the way, similarly – going off topic – the cycle infrastructure: miles behind. So people would put their children on roads if they were convinced it was safe. When you think the majority of people, they like the idea of cycling because it’s healthy, you know, dealing with the obesity crisis. But the danger element puts people off. You know, one hundred cyclists get killed every year.

Let’s go for mental health very quickly: funding. They need to employ more people. It is shocking. I know of a case whereby someone who is anorexic had to wait almost a year. That’s unacceptable. The government people say they’re gonna put money in, they’re gonna put money in. I don’t know whether they have or not. In Lewisham, we literally had to campaign in order for them not to cut the budget.

This links into schools and it links into gang crime. Because exclusions are very high. Especially if you look at young black boys, compared to the rest of the population. Now, I’m not saying they should not be excluded. However, it would be interesting to see how many of them have mental health issues. [But] if they exclude them, where are they going to go? They are on the streets. It’s a whole cycle, all these things are interlinked. So if we manage to get support to keep them in school, then they won’t be excluded and they won’t be on the streets. So funding, funding, funding, funding.

Why do you think you’d be a good candidate for the Green Party?

I don’t think I’m your typical politician. You know people who break all these promises? I wouldn’t do that. Because there’s no point. So basically, thinking about housing – I would need someone to advise me. Because my strength is in education, mental health, public health, air pollution. But I don’t know everything about everything.

How do you think you could increase the Greens’ vote share

I would put myself out there and say: ‘I joined this party because I believe in this party’. It has an image that it is mainly white middle class ladies. And I think a lot of people might need to know about Greens of Colour.

I think Caroline Lucas does an amazing job just in one person. But there needs to be more than her. And I think also to show people we are diverse as well. Because if you mention Green policies and didn’t say they were Green policies, I bet you most people would go for them, I bet you! So we might have an image issue. When I went to Greens of Colour, there were loads of diverse people there. The Green Party needs to give us a platform.

I think it’s really important that we show, for instance, white working class people that they can also vote for us. You know, we’re not just a middle class party. We have to show that the policies we have can make their lives better. They feel forgotten.

What should the Greens prioritise in the 2020 election campaign?

Rosamund Adoo-Kissi-Debrah is a campaigner and Green Party member from London. In 2018, she stood to as the Greens’ candidate in the Lewisham East by-election. She is an active campaigner around air pollution. 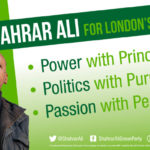 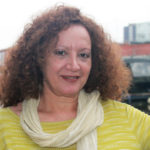