Greening Yorkshire: An interview with Cllr Andy Walker of the Yorkshire Party 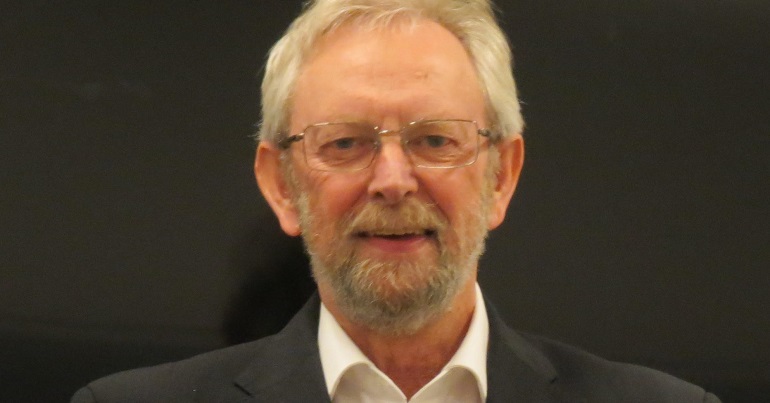 The Yorkshire Party is celebrating its fifth birthday this year, and with a number of councillors being elected in the local elections, there is clearly much to celebrate.

Declaring a climate emergency in the East Riding

One of Walker’s earliest acts as a member of the East Riding Council was to bring a motion declaring a climate emergency. The motion also further demanded a 2030 carbon neutral target, environmental audit, and letter to Westminster to demand similar national action.

The motion was “wrecked” as Walker describes it. With Conservative councillors amending the text to remove the climate emergency features and changing it to simply affirm support for the new Government 2050 target instead.
Walker tells me that he expected it to pass, or that he felt it was at least possible. He says many councillors are more inclined to act on environmental issues nowadays, but there remain problems:

They’re like I was 10 years ago in terms of knowledge about just how bad our environmental problems have got.

Councils can produce a mass of words, stacks of paper. It makes the eyes glaze over, most of it is nonsense. Nobody is grasping the nettle, that this is everything.

Whilst currently the party has no MPs that hasn’t stopped them visiting Westminster. Recently Walker and other representatives went discuss solar energy in the capital.

Walker suggests that this foray into Westminster was a success:

It went well, but it is annoying that you have to do it in London. There is no chance of such a meeting in York for example.

Local authorities are ideally placed to bring renewable energy like solar to the fore, having access to both land and finance. This is not happening in the East Riding, and generally Yorkshire is a gap in the map. The fact that our authorities are not taking advantage of this is staggering.

Lack of such action from established parties clearly feeds into Walker and the Yorkshire Party’s support for a regional assembly:

We need to massively simplify. Local authorities have a simple job which is currently made administratively complex.

I like to say that devolution of power is a devolution of responsibility. That’s why we need to have a regional Parliament of those who care.

There is a longstanding history of opposition to hydraulic fracking in Yorkshire, and the Yorkshire party is officially opposed to the industry.

The Tour De Yorkshire, an important sporting event in the cycling calendar, has recently been drawn into controversy due to the involvement of fracking money.

Team Sky was taken over by Ineos, a leading investor in fracking in Yorkshire. As a result, many have protested the involvement of such a firm in the sport, including Walker:

The Tour start was two days after my election as a councillor, I was there at the starting line handing out anti-fracking leaflets. When other councillors saw me, they were horrified that anyone would want to disrupt the event.

But it has brought enormous polarisation to the Tour De Yorkshire. They should be told to change and booted out of the sport.

Farming and the future

Yorkshire has a high livestock population and tradition of animal agriculture, which is a key cause of climate change. Dealing with this conflict will be something of controversy in decarbonising Yorkshire. Walker believes there is a way to do this:

Change is possible, for example I’ve personally adopted meat free Monday, and the main driver of change will be the consumer. Forcing people will never work, they need to come to it.

There is no need to aim for huge quantities of animal produce, instead aim for higher quality products with a reputation. And to achieve this we need a regional administration which focuses on the Yorkshire brand.

One concern many have is that post-Brexit trade approaches may reverse environmental protection, particularly if the UK seeks a deal with the US. Walker believes this is one area where regional powers could be important:

We should be looking to extend and build on existing environmental protection. In fact, there is often no need to originate legislation on many issues. Instead we need the right to extend and reinterpret legislation around issues like waste and energy. This would secure what we want if Westminster attempts to reduce standards.

We’re trading in the wrong things if environmental standards are dropped. It wouldn’t help achieve excellence in Yorkshire, we need to aim to be the best and that’s our mindset. We won’t allow anyone to undermine that.

Yorkshire’s role in our climate future

Yorkshire was one of the first parts of the UK to industrialise, as well as being a key producer of UK coal supplies. Walker believes this history has important implications for the role Yorkshire has in the battle against climate change:

I would say that we have a right to have a seat at the table. Yorkshire learned all of the really hard lessons, with many working for the profit of a select few. This left huge scars on our people and landscape, and ultimately the atmosphere.

We have a great amount of experience of both industrialisation and its dangers. We’ve paid the penalty for our industrial heritage, we’re not bitter, but desperate that these mistakes are not repeated.

Why Yorkshire Party over the national parties?

Walker believes that regional parties have an important role in ending the lack of trust many feel with nationwide politics:

Whilst climate change is global, its solutions must be local, and only when everyone in an area is participating will we win; thus, we need to convince everyone on the ground. National parties lack the credibility to bring unbelievers on side. They’re being consulted down to, whereas regional parties can win by bringing about a change of heart.

We need people with integrity. Regional politicians can do what national parties cannot in this regard.

One can only guess what the next five years hold for the Yorkshire Party, but it’s clear with spokespeople like Cllr Walker they intend to have a huge impact not only on Yorkshire, but the climate politics of the whole UK.