The Scottish Green Party is currently electing two co-leaders for the first time in its history. We’re speaking to each of the candidates and finding out why they’re standing and what there vision is for Scotland. Next up is Graham Kerr.

The Scottish Greens should be seen as the natural party of choice for the people of Scotland. We stand for the people of Scotland who are not powerful, who have been bitten by austerity, who are looking for hope in a time when they are being squeezed until the pips squeak.
We are not a party just of minority interest, but we care about our climate and are not going to live in denial about the climate crisis we are facing.
As co-leader I would make sure that we are listening to our membership and reaching out to the people of Scotland who are looking for an alternative to the disappointments of the parties who are currently in power in our nation and in our councils.

My priority would be to reach out beyond our current voters to reach those who currently don’t vote for us with a message of hope and equality. We don’t have to live in this world heading for a climate crisis and by making good choices we can steer towards a sustainable and successful future.

Austerity is causing us so much pain as a country as we are deprioritising the poor and the natural environment in favour of cash at any price. Alas that price is causing irreparable damage to out whole nation. We need to make sure that communities and our environment is protected for all our futures.

We need to stand up for what we believe in. Power being devolved to local people who have an interest in the future of the area and not just in a quick buck or a brown envelope filled with cash. The constitution has been stretched beyond breaking and we want to ensure that people are heard and not taken for granted. And we need to make sure that those who don’t have a voice of a vote a such as children and wildlife are considered in our future.

Its been high on the agenda and ignored or greenwashed. We need to make sure that we follow a path that we actually make good decisions and that we put pressure on those in power to consider not just the next term of office but the future of our whole country. We have solid policies to see a just transition to renewal power, but we have to make sure the other parties are willing to make the hard choices that we need to take.

We need to prioritise the climate emergency we are facing but we also need proper funding of our local authorities to make sure they can make decisions that prioritise local needs without having to just oversee more and more cuts to local services. If the long awaited change from council tax to an alternative doesn’t happen, the Scottish Greens should hold firm and not back the next budget.

We need to reach beyond our current support base to reach those who are disappointed and disillusioned by the current parties of power. Parties have talked a good game but delivered very little for their supporters. We will be honest about the challenges we face, but in doing that we hope people recognise our willingness to say the hard thing and to do what is right. 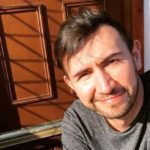