A couple of months ago, I had the pleasure of chairing the workshop at the Spring Conference of the Green Party of England and Wales on the Emergency Climate Change Motion. The aim of the motion was to endorse the work of Extinction Rebellion (ER) and Youth Strike 4 Climate. Local groups were to be urged to work with those organisations. The motion also sought to commit the Green Party to reviewing all its policies to ensure relevance to the climate crisis.

An amendment was considered that replaced mention of Extinction Rebellion and Youth Strike 4 Climate with a general commitment to action on climate crisis. The amendment also replaced collaboration with those organisations by encouragement of local authority climate emergency motions. Nobody disputed the need for action on climate crisis, but there was a lively debate between the supporters of the motion and those wishing to amend it.

Bristol councillor Carla Denyer was one of the people who spoke eloquently for the amendment. She had led the push for a climate emergency motion in Bristol, and emphasised the need to work with other parties. Her strong view was that alignment with campaigning groups like ER would make it much harder to obtain cooperation.

In general, the amendment reflected the important distinction between pressure groups and political parties. What is appropriate for a campaigning group may not be sensible for a political party that is working for electoral success. It was pointed out that there are risks in being aligned with pressure groups over which the party has no control. Nobody knows whether future actions might become an embarrassment. The importance of actual political decisions in local authorities was emphasised.

The proposers of the motion gave strong arguments for the original motion. Nobody could dispute that Extinction Rebellion and Youth Strike 4 Climate had achieved a step change in public awareness. Green Party members had become involved in ER, and there were threats that some would leave the Green Party if it was not willing to endorse these campaign groups.

Taken as a whole, the debate illustrated the uncertainty that many members feel over the precise role UK Green Parties should play. There is broad agreement that the focus is to contest elections and to achieve gains wherever possible. But there is also a feeling that, especially with first past the post, successes are liable to be limited. That pushes us back into the position that minority parties have often occupied. The Green Parties are important because of the policies they bring to the public and for pushing other parties to adopt green policies.

If this view is accepted, then Green Parties actually have to work at two levels, as both political parties and as pressure groups. That may result in compromises, but too much compromise easily makes us irrelevant. My sympathies were with the original motion. I am seeing local authorities of all political shades adopting climate emergency resolutions. I admire the Green politicians who have put immense efforts into such resolutions. But I am not seeing much action as a consequence. Documents are produced and greenwash projects set up. Little really changes.

The whole thrust of Extinction Rebellion and Youth Strike 4 Climate was to bring to the fore the concern that action is inadequate. Government at every level pays lip service to environmental issues, and greatly exaggerates what has been achieved. The campaigners draw attention to the fact that the climate crisis is so serious that the baby steps being taken are not enough. The campaigns have been achieving some success in raising awareness. It seems to me that the urgency and importance of the issue makes political caution inappropriate. We need to take risks if there is any chance of stepping up progress.

In the workshop, the original motion prevailed in the straw poll, and the amendment was defeated. When it came to conference, caution took over and the amendment was passed. The residue of the motion requesting that all policies be reviewed for adequacy to climate crisis was passed. Work is now proceeding on this. Sadly, in my view, conference rejected the final clause of the motion which asked for any changes needed to policies to match the climate emergency to be given priority at conference. All in all, I fear these are missed opportunities. 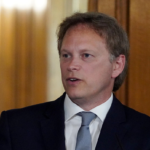 « Brexit, migration and getting elected key topics at Young Greens Convention 2019
How Evo Morales is fuelling the Bolivian forest fires »