Content note: this article contains mentions of abortion and miscarriage 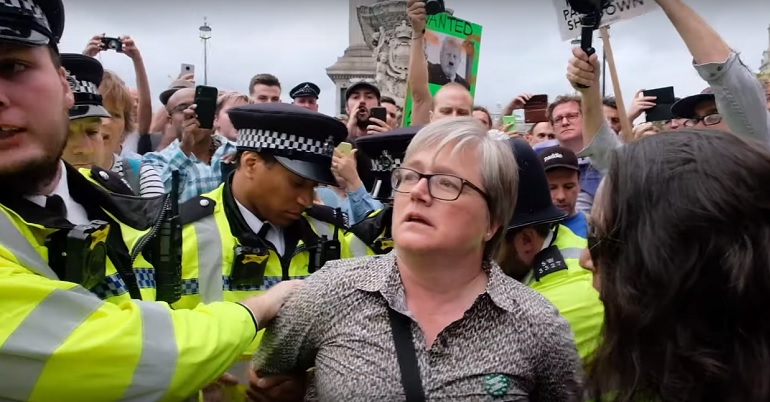 Boris Johnson this week suspended the sitting of parliament in an attempt to shut down debate on Brexit and prevent his plans being held to account. Thousands of people subsequently joined protests across the country – the largest of which took place on Saturday August 31.

Many prominent Greens took part in the protests and have been vocal in condemning Johnson’s decision to prorogue parliament.

Green MEP Gina Dowding, who attended the protest in Manchester described the campaign against prorogation as “a fight for democracy”:

This is really now about a fight for democracy.

Things have got really serious.

People have come out in their thousands, standing in the pouring rain, to stand up for our rights as citizens, exposing the lie that this was all about taking back control.

Molly Scott Cato, Green MEP for the South West of England and Gibraltar claimed proroguing parliament was a “power grab”:

The decision to prorogue Parliament is the most audacious power grab our country has seen since 1642 and a fundamental assault on parliamentary sovereignty. It is now clear what Take Back Control meant: a constitutional coup by a dishonest and self-serving elite, hellbent on forcing through a damaging crash-out Brexit. There is no parliamentary mandate for this and it goes against the will of the majority of British people.

Green Lord Mayor of Oxford Craig Simmons was one of the key speakers at the Oxford rally and spoke of the city’s history of standing up for democracy and justice:

Craig Simmons, our incredible @greenoxford Cllr and Mayor of #Oxford calls out @BorisJohnson‘s outrageous coup and how we won’t stand down!

“Our city has a proud track record of standing up for the 99% and not the 1%!” 👏👏👏 pic.twitter.com/LhOUgyaqFK

Wales Green Party leader Anthony Slaughter spoke to the Cardiff rally and called for effort to tackle the root causes of why Johnson has been allowed to get away with proroguing parliament:

This isn’t the first time, and it isn’t the last time that we will be out on the streets, but we will stop this because we must stop this.

We need to go further, we need to look at the causes of the anger that got us into this situation. It’s not enough to just stop Boris and his Brexit plans.

We have to fix the causes that allowed Boris and his henchmen to manipulate the electorate.

Clare Bailey – leader of the Green Party in Northern Ireland – highlighted the hypocrisy of Johnson who played a key role in the Leave campaign in the 2016 EU membership referendum:

The anti-EU rhetoric at the time of the referendum was about taking back control.

Right now, there is (an) attempt to take control away from the people and allow a small section of Brexiteers to crash us out of Europe.

This sentiment was echoed by Scottish Green Party leader Patrick Harvie, who argued we need to take back control from Johnson:

Boris Johnson led a Leave campaign which cheated and broke the law to win. It’s no surprise that now he’s PM he is continuing his assault against democracy. If we need to “take back control” from anyone, we need to take it back from him. https://t.co/oY7k7Vzcnr

Green Party London Assembly member Caroline Russell was in attendance at the protests in London. During the protests, she was arrested after blocking a road. The arrest was caught on camera by Guardian reporter Simon Murphy:

Another arrest has been made. pic.twitter.com/ocXCubkMVp

Earlier today, I was speaking at the main rally of the Defend Our Democracy protest. I said then that we were calmly determined not to have our rights chipped away. Protest, and direct action were needed, I said then.

I’m proud that Caroline has been at the forefront, with others, of showing that determination.

History tells us that all the rights we have we had to win. No one has ever handed them to us.

And Caroline and the others on the streets in London today were defending those hard-won rights that are now under attack from Boris Johnson.

We, the people, will come back on the streets again and again in the coming weeks of national crisis to defend our MPs and win our final say.

We will keep saying to Boris Johnson, to Jacob Rees-Mogg, to Dominic Raab – your actions do not represent us

If you abuse power, we the people will make sure you won’t be in power much longer.

Russell was subsequently released without conditions.

A Scottish Parliamentary by-election took place in Shetland this week, with the Liberal Democrats emerging victorious and holding onto their seat. They fought off a strong challenge from the second placed SNP.

The Scottish Green Party stood a candidate in the by-election and picked up 1.6% of the vote, and beat the Labour Party into fifth place. The Greens had previously never stood in Shetland in Scottish Parliamentary elections.

After a ballot of members this summer, voting closed this week in the elections to the Green Party of England and Wales’ Executive (GPEx).

The election was marked by a number of positions being uncontested, with only one candidate standing. The full list of candidates was as follows:

The LGBTIQA+ Greens was one of the only internal Green Party groups to make formal endorsements in the internal elections. The group recommended that members vote for Jon Nott and Doug Rouxel after receiving replies to a series of questions they had asked all candidates.

The LGBTIQA+ Greens endorsed re-open nominations in the Internal Communications Coordinator elections due to the candidates stating they saw “little point in responding” to the questions the LGBTIQA+ Greens sent. Similarly, the group endorsed re-open nominations for Publications Coordinator, due to an article published by Searle deemed by the group to be transphobic.

Within the proposals, the party is calling for:

In an article for the National, Green MSP John Finnie explained why public ownership and workers’ rights are central to the party’s proposals:

If we are going to move at the speed and scale required, we need to align the Scottish Government’s resources and the public sector behind the effort.

That’s why the heart of the Scottish GND is about public ownership and unionised labour. Successive Tory and Labour governments at Westminster have eroded and sold off our public sector, and the SNP has lacked the political will to reclaim it, but if we are to build a fair and sustainable Scotland quickly, we need the state to act.

The Scottish Government did declare a climate emergency, but its funding, channelled through all the competing public agencies, has yet to align behind the idea.

We can’t keep pursuing a failed economics which throws money and tax breaks at big business and expects it to look after people.

Publicly owned banks, energy companies and other institutions could play a big and direct role in building a green economy.

The battle for abortion rights rumbles on in the north of Ireland. And this week, Green councillor Aine Groogan successfully secured a review into possible regulation of graphic anti-abortion imagery displayed in Belfast city centre.

The review comes after a motion passed through Belfast City Council which read:

The Council agrees that the public display of graphic abortion imagery in our City centre conflicts with this ambition due to the distress that it can cause to people who have suffered miscarriage and undertakes to investigate whether the display of such signs can be regulated lawfully, either by the Council or by another body, to ensure that those who have suffered miscarriages can continue to use and enjoy our City centre without fear of being re-traumatised.

Survey of students put Greens on 18% 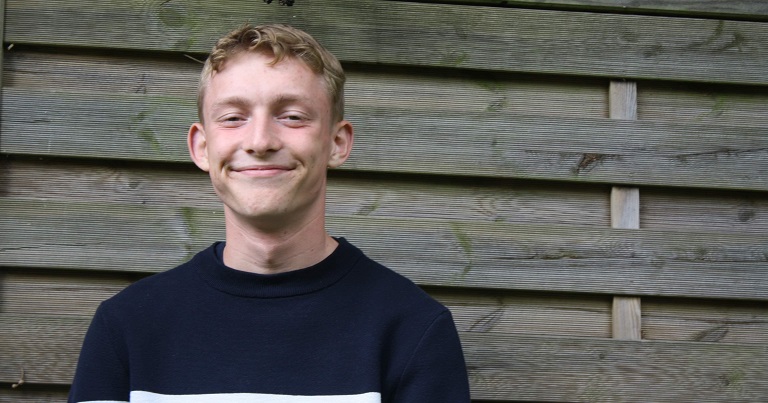 A new survey from Times Higher Education conducted by YouthSight has suggested that 18% of students would vote Green if a General Election were held imminently.

Speaking on the results of the survey, Young Greens of England and Wales co-chair Thomas Hazell told the Independent:

All across the country, students and young people are rising up – from the climate strikes to opposition to Brexit. It’s the Green Party that has been showing clear leadership on the issues young people care about, while others are failing.

The Greens remain the only party truly standing up for our generation – for those who want to stop the climate crisis, remain in the EU and reverse austerity.

The survey also found that 38% of students intend to vote Labour, 19% Liberal Democrat and 12% Conservative.

« Building socialism: Political education for the many
Climate change is environmental racism. A Green New Deal is the only way to fight it. »