The Greens are gearing up to win the London Mayoralty 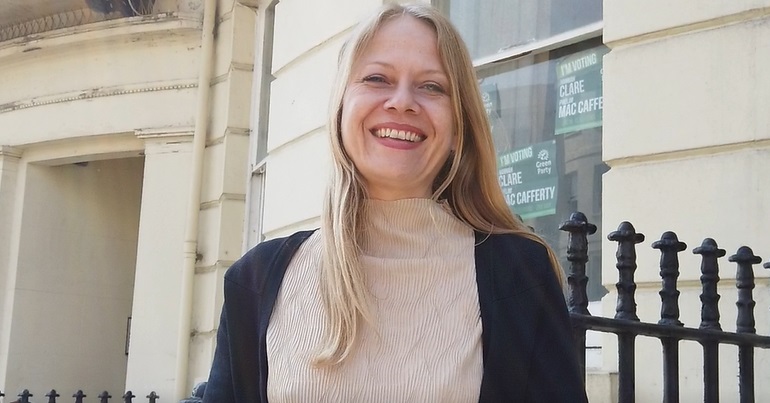 London Green Party are readying themselves for the 2020 London Assembly elections, as the campaign to get a Green mayor and gain greater representation in the Assembly gathers pace.

The election is an “incredible opportunity” for Greens to make change happen in London, according to current Assembly Member (AM), Caroline Russell.

She was speaking at the start of a day of campaign training for London activists, who will be promoting Green Party of England and Wales Co-Leader Sian Berry’s bid to become the first Green Mayor of London.

The campaign also hopes to increase the number of Greens on the assembly. Berry and Russell head up a list of assembly candidates which also includes Zack Polanski, Benali Hamdache, Gulnar Hasnain and Shahrar Ali.

Reflecting on her work as an AM, Russell said: “There is a whole mass of things happening in London right now that wouldn’t be happening were it not for me and Sian.

“We have shown that Greens can be very effective.”

At the training day members from across London heard how the climate crisis and Brexit can be used as a platform to engage voters with the range of other Green policies set out for London, such as creating a fairer deal for renters and improving air quality. Attendees also shared thoughts on how the party can ensure London’s diverse population is included in the 2020 campaign.

Russell spoke out against current Mayor of London Sadiq Khan, in particular his failure to act on the climate emergency he declared in December.

“With a Labour mayor you don’t get the really radical action to tackle the really big issues which are facing us,” she said.

Following the event, Emma Leigh, campaign operations manager for the London 2020 campaign, said: “This year’s elections have seen a massive surge of support for Green leadership – with historic results in the European and Council Elections.

“With a fairer voting system in this election, we’re gearing up for our strongest campaign ever so we can continue to deliver the bold leadership that’s so desperately needed.”

The London mayoral and assembly elections are a three-part election which partly uses a proportional system, giving Greens the chance to gain representation without the barriers of first past the post.

Constituency AMs represent districts of London and are elected through first past the post. London-wide AMs – such as Berry and Russell – gain their seats through a proportional voting system which considers votes cast across the city and attempts to ensure the Assembly reflects how the capital voted as a whole.

In 2016, the Greens came in third place in the mayoral election, with Sian Berry taking 5.8% of the vote. She received the largest number of second preference votes of any candidate in the election – for 2020 campaigners will be hoping that Londoners can be convinced she is deserving of a first-preference vote instead.

Lucy Pegg is a journalist and campaigner, whose writing focuses upon politics, the environment and student issues, among other topics. She is a Green Party Councillor in Oxford.
View all posts by Lucy Pegg →