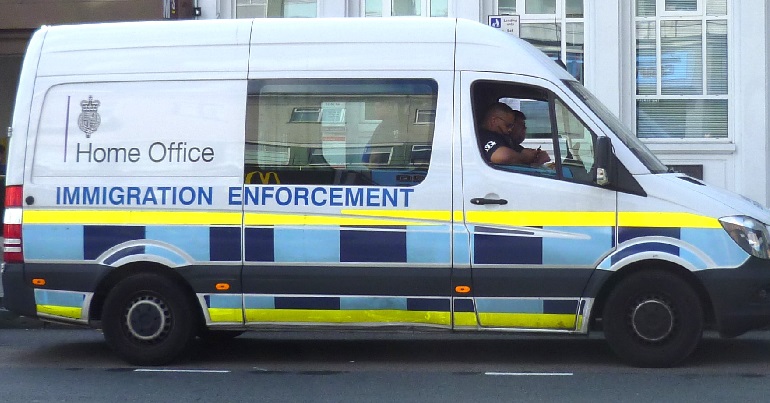 In his speech at the Green Party’s Autumn Conference last Friday, Jonathan Bartley caught the attention of journalists and pundits with a singular demand: abolish the Home Office. It is a strong, simple, yet ambitious proposal. It resonates with a generation of campaigners that came of age during campaigns to shut down Yarl’s Wood detention centre, among others. Leftwingers in the United States have long called for the abolition of Immigration & Customs Enforcement (ICE) for its human rights abuses. The UK is perhaps less often home to bold calls for institutional reform. Even progressives regularly defer to many of our national agencies and bodies, a reflexive conservatism that can hold us back. Amid constitutional crisis, this is beginning to change.

But Bartley’s speech went further than this eye-catching statement. It suggested that Greens have ambitions to begin remaking the British state on a much greater scale, and at a much deeper level. The rest of the party must embrace this work, and set it at the heart of our campaigns for a better world. If we are to get what we want, then our mode of government and the structure of the civil service must be redesigned in pursuit of social and environmental justice.

The Windrush Scandal made clear to many what migrant justice campaigners had known for some time. Firstly, that the Home Office is institutionally racist and its injustices will not be resolved by piecemeal reform. Secondly, that its horrors persist exactly because they are institutional, woven into a tapestry of toxic rules, cultures, and behaviours that refuses to be unpicked. But abolition is not only a just and proportionate response. It appeals to an acute sense of injustice that is now shared by perhaps a broader group of us than for a generation. During recent Brexit developments, EU citizens have been subjected more and more to the Home Office’s kafkaesque operations; in short, the brutality of our post-imperial state is impacting people who had been, until recently, less affected. If ever there was a time for calls to ‘abolish ICE’ to succeed in crossing the Atlantic, that time is probably now.

But the call for abolition also reveals a growing sense that the Home Office is rotten at the core, and cannot be salvaged while it retains its current institutional setup and identity. Reform appears not to be enough, and abolition and restructuring is the order of the day.

‘A Ministry of Transformation’

Another of Bartley’s proposals related to the Treasury. Variously loathed and respected across Whitehall, more than any other department the Treasury has the power to stop government initiatives in their tracks. Its decisive control over the public purse gives it great influence. And in recent times, this influence has been largely to the detriment of social and environmental justice.

During George Osborne’s tenure, the Treasury more and more became a pulpit of austerity, imposing and reinforcing the dogmas of neoliberal policy in the form of expansionary fiscal contraction. Now, as we approach a likely general election, Sajid Javid’s Treasury is attempting, in spite of itself, to appear more willing to commit funds; this is allowing Boris Johnson to try and distance himself from his austere predecessors, even if the real difference between their approaches is virtually nil.

Put simply, the Right knows that by moulding the Treasury in its image, it can set the political agenda. It’s time we did the same. By making the Treasury a ‘Ministry of Transformation’, implementing carbon budgeting, and in Bartley’s words “treating people and planet as the bottom line,” we can ensure the Treasury serves to enhance a Green New Deal, rather than hindering it. Importantly, if we are not prepared to take such measures, we may find that the orthodoxies of neoliberalism that are baked into the Treasury’s function slam the brakes on our transformative plans.

This series of announcements comes amidst a growing political crisis and a testing of the UK’s constitutional setup. It shows a willingness on the part of the progressive left to look seriously at the structures and agencies that currently exist and refashion them for a zero-carbon, socially just future. No less importantly, in a time when even the political centre is setting apparently bold targets in climate policy and everyone is justly furious about ‘Windrush’, it shifts the dials of public conversation and ensures that the left is at the cutting edge.

For example, Young Liberals are lobbying their party to adopt a 2025 carbon zero deadline; senior Liberal Democrats have announced their intention to “decarbonise capitalism” – though their plans fall well short of the target. When others are trying to mimic our rhetoric, Greens must push them further. Identifying the persistent structural wrongs behind terrible policy and practice – whether it’s the Treasury’s inherent fiscal conservatism, the Home Office’s institutional racism, or any other – ensures that our bold demands are backed up with serious reform plans. Best of all, it moves the debate to a new battleground, and one on which we have an imaginative, winning message.

The conference proposals reflect a sound instinct: it’s time to stop waiting for broken institutions to produce good outcomes. We know that our political system is rotten from the ground, so let’s act like it. We need to think seriously about whether the governmental system we have is fit for the challenges of the 21st century – and ensure that we build a system that is.