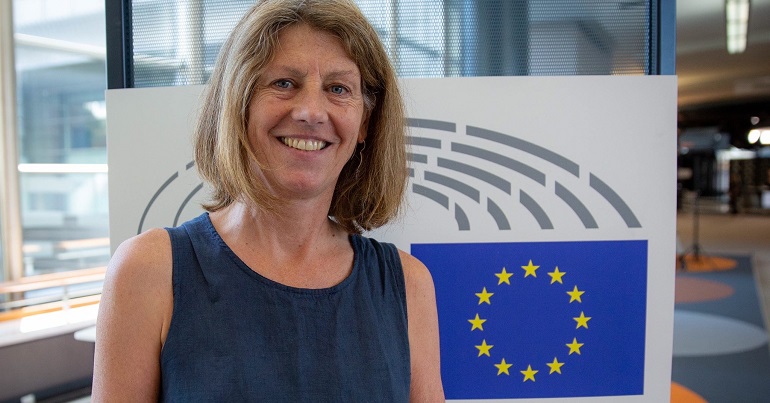 The Green Party’s vision for industry was conceived long before it became as urgent as it is today and remains the best route out of the mess our environment, society and climate are in. The Green New Deal is a global solution that takes local, national and regional action to achieve its aims. The Green Party first launched MP the Green New Deal during economic debates in 2008. And now a decade later with climate protests around the world, there’s a surge in political interest.

Here in the North West where I am the first Green MEP, we’ve launched a report this week that shows a Green New Deal can do more than just stabilise the climate emergency, it can bring huge benefits to the region; revitalising our proud industrial history, supporting small businesses through the transition and boosting Research and Development funding to world-leading levels.

Our report looks at future green energy supply, industry, sustainable transport, energy efficient buildings, and food and land-use. In every sector we found examples of good practice which can be scaled up and rolled out, providing meaningful and skilled jobs as well as tackling social exclusion. It’s all do-able and can be up and running quickly (and it needs to be).

Although the industry sector will have to transition from current fossil fuels use to circular, zero waste business models, it will be nothing like the damaging de-industrialisation of the past; a Green New Deal offers new opportunities to revitalise our manufacturing communities by shifting to new, greener products and services, produced with green energy.

While industry currently accounts for around 25% of the UK’s carbon emissions, more than two thirds comes from a small number of heavy, energy-intensive sectors, several of which have bases here in the North West.

Major energy users are already setting out plans for zero carbon emissions with companies in Liverpool and Greater Manchester City Regions and Cheshire teaming up to form a single entity, seeking government support to become the UK’s first ‘zero carbon industrial cluster’ by 2040. At present the initiative is having to compete against bids from other regions, with just a single £170 million public investment pot made available by government.

There is an immediate need to Establish a northern ‘Just Transition Commission’ to sit alongside Local Enterprise Partnerships (LEPs) to bring the public sector, employers and unions together to map out impacts on fossil fuel reliant jobs, and target green investments accordingly, ensuring jobs are protected and enhanced as heavy industry transitions to zero carbon.

The North West is the UK’s second biggest region for offshore wind capacity and was a successful adopter of onshore wind, before it was effectively banned at scale by the Conservative government in 2015. Across northern England, up to 46,000 jobs in green energy could be created in the next ten years, and as many as 100,000 by 2050.

Green hydrogen will play a vital role in our energy future and provide thousands of jobs. Hydrogen is the most abundant element in the universe, burns cleanly and has a wide range of applications. It can be used as a replacement for natural gas in heavy-industry, or in fuel cells to power electric vehicles and can be stored for long periods of time.

However the vast majority of hydrogen produced today uses natural gas. The only truly ‘green’ hydrogen is produced through electrolysis.

We need commitment to a UK-leading green hydrogen economy ensuring any public funding for large infrastructure projects is focused on electrolysis, complemented by a large-scale vocational hydrogen training programme for workers in affected industries, such as gas engineers.

And we need to use the new regional Local Energy Hub – created to increase public sector capacity to bring forward local energy schemes – to prioritise community energy and public ownership.

R&D funding in the UK at around 1.7% of GDP is far below the OECD average of 2.4% and only a small portion was invested in public R&D for low carbon energy technology in 2018. In comparison, the EU has committed to ring-fencing at least 35% of its €120 billion 2021-2027 research and innovation funding programme, Horizon Europe, for climate-related activities.

Public R&D funding must be set at least the OECD average of 2.4% of GDP, with 50% of it ring-fenced for climate-related activities.

Support for small and medium-sized businesses

Despite the prevalence of major energy users in the North West, most workers are employed in small and medium-sized enterprises (SMEs) with 98% of the region’s businesses employing fewer than 50 staff. Support for SMEs is beneficial for the economy because smaller companies are far more likely to keep profit in the local community.

Since 2014, more than half of the £232 million of public money committed in the North West to support the shift towards a low carbon economy, including for SMEs has come from the EU.

We need to rapidly ramp up publicly-funded advice and support for SMEs so that it can reach tens of thousands of businesses across each region.

Zero waste and the circular economy

In Greater Manchester alone, the ‘low carbon business’ sector – which includes renewables, energy efficiency, alternative fuels and vehicles, building technologies, water and wastewater treatment, and recycling and waste management – grew by a quarter between 2012 and 2016, and now employs over 45,000 people. Similar growth is being recorded in the Liverpool City Region, where the sector employs around 22,000 people.

Companies which can demonstrate both reduced environmental impact and worker engagement and inclusion must be rewarded.

Giving workers more input into the decisions that affect them is a key part of a just and fair transition. Co-operatives, community enterprises and employee-owned businesses are growing steadily in the UK as awareness increases of the societal damage that pursuing profit above all else can cause.

The Green New Deal is on the agenda in Westminster with Caroline Lucas recently launching together with Labour’s Clive Lewis a Decarbonisation and Economic Strategy Bill. The European Green Deal is being promoted by the new President of the Commission in the EU. Our report explores how the ground work has been laid in the North West – its just needs political will and funding to scale it up and roll it out.