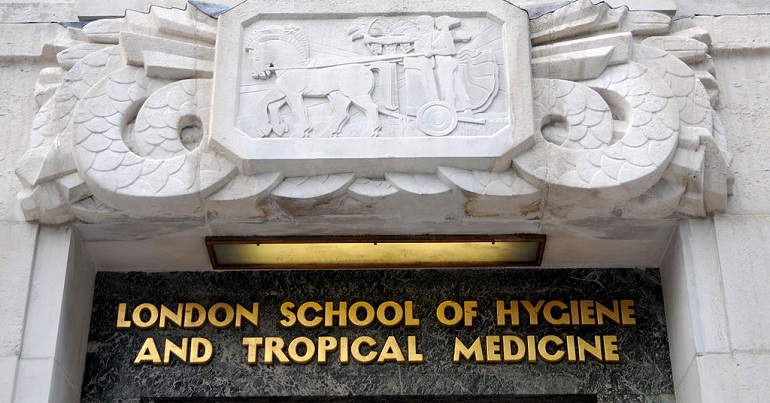 The London School of Hygiene and Tropical Medicine (LSHTM) has committed to exclude all companies involved in fossil fuel extraction form its investment portfolio.

In doing so LSHTM becomes the sixth member institution of the University of London (UoL) to make such a commitment. This brings the proportion of UoL members that have committed to fully divest from fossil fuels up to 35 per cent.

55% of universities in the UK have made some form of divestment commitment.

A statement on LSHTM regarding divestment reads:

LSHTM is a world leader in research on the health implications of climate change and policy responses. We are committed to improving our environmental sustainability, including through the holdings in our investment portfolio.

LSHTM divested from coal in 2015, and in 2020 we stated our intention to completely divest from fossil fuels.

As of 31 December 2020 our investments in fossil fuels stood at £116,507, all of which we are committed to removing from our portfolio by August 2021. LSHTM has no plans to hold any direct investment in fossil fuels in the future.

LSHTM’s announcement comes in the wake of a series of commitments from other higher education institutions. Over a period of eight days, from 18-26 February, the Cambridge Colleges of Pembroke and Trinity, and Oxford’s Somerville College made full divestment commitments. This followed the Liverpool School of Medicine divesting from fossil fuels on February 11.

The London School of Hygiene and Tropical Medicine was the first health research school in the world to begin to shift its investments away from coal companies. However, its decision – made in 2015 – did not commit the university to ending its investments in other fossil fuels. Its latest decision means it will cease investing in fossil fuel extraction altogether.

We are incredibly pleased that LSHTM has transformed its 2015 coal divestment commitment into a full one.

But Clayson criticised other universities for not having made similar decisions. Clayson said:

However, this action is in opposition to the wider trend of their fellow University of London member institutions, who are behind the national curve in joining the fossil free divestment movement.

As a federal university based in a city that prides itself on being world-leading, their failure to start work on undoing their complicity in the climate crisis is disgraceful.

The University of London speaks of its proud “history of global engagement since its founding in 1836” but what does this mean without solidarity action with those on the frontlines of fossil fuel extraction and the climate crisis?

These sentiments were echoed by Guillermo Lluch of the Divest Birkbeck campaign. Lluch told Bright Green:

LSHTM has had a crucial role in detecting, treating and preventing disease in its history, by divesting from fossil fuels not only does it show its commitment to a fairer and healthier planet, it also serves as an example to many other London universities, such as Birkbeck which continues to invest hundreds of thousands of pounds in fossil fuel companies.

We have urged Birkbeck to pledge to forge a Green New Deal, to decarbonise and to divest from all its fossil fuel investments. Birkbeck too is proud of its heritage, we believe these investments contradict Birkbeck’s ethos, it is time for Birkbeck to divest!

Over 1,300 institutions across the globe have made public commitments to cut their financial ties to the fossil fuel industry. As a result, an estimated $14.56 trillion of investments have been withdrawn from the sector.

Such commitments have been made after consistent and sustained public pressure from grassroots activists and campaign groups.

When student activist network People & Planet launched the UK wing of the Fossil Free campaign in universities in 2012, no higher education institutions in the UK had committed to divest from the fossil fuel industry. But after the University of Glasgow became the first to divest in 2014, dozens have followed suit.