Rishi Sunak’s budget was yet another betrayal of students 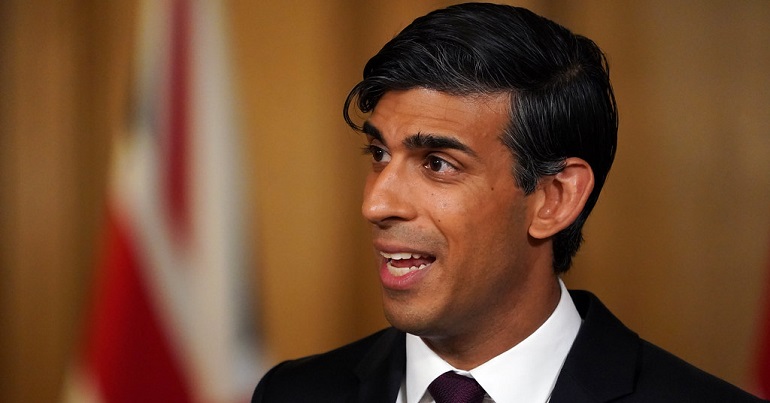 Last week the Chancellor unveiled his spring budget and there was much left to be desired by Rishi Sunak. But most notable was how he continued to ignore millions of students across the country. We weren’t holding our breath for even a half-baked gesture of support from the chancellor, but after the largest rent strike in 40 years and levels of student activism not seen since the mid-2010s, it’s shocking we didn’t even get a mention.

Young people have been hit hard by the pandemic and students are in a dire situation right now. Many of you reading this may think “it’s just the students getting riled up again, they don’t know how good they have it”. But 50 per cent of A-level students now go on to study at a higher education institution. Universities are no longer exclusively the stomping ground of public school boys.

Whilst there is still much progress to be made, the student population in Britain has become more diverse now to include more care leavers, working class students and BAME students than ever before. Students now include some of the most vulnerable and disadvantaged people in the country and a Universities UK study published in 2018 found that 66% of undergraduate students worry about having enough money to live on. It isn’t enough to put students’ money problems down to drinking and irresponsibility as many people do. 63 per cent of students reported cutting back spending on luxury items and non-essentials in November, with 29 per cent cutting back on food and yet we’re still struggling.

A report commissioned by the NUS found that in 2018/19 weighted average rents made up 73 per cent of the maximum available cash available to students in the form of grants and loans. In 2011/2012 the equivalent proportion was 58 per cent. If you deduct the average monthly rent from the average maintenance loan you are left with £24 a month – clearly not enough to live on. Combine this skyrocketing cost of accommodation with the fact we cannot claim any sort of welfare and many do not have the luxury of the bank of mum and dad, then the situation for most students looks more desperate still.

To make up for this, most students work to support their studies. In a survey last year by Save The Student, 74% of students said they work part-time to afford the high costs of university, with 21 per cent holding two jobs and one in seven working fulltime. But like everyone else we cannot work this year because the shops, pubs and restaurants we rely on are shut. So parents in already difficult situations are having to pay out of their own pocket to support their kids. Two in five students have sought financial assistance from their family this year. The crisis of funding in higher education is now spiraling out into wider society because half of students who are supported by someone else say that person’s income has been impacted by Covid-19.

On top of this drastically reduced income, we have been paying extortionate rent for empty rooms. There are thousands of houses, flats and halls lying empty that we were barred from using because of the national lockdown but have still been forced to pay for. Last month, the Guardian reported that in total, students have had £1bn stolen from us by landlords that have exploited a poorly regulated market and a government willing to ignore us. Additionally, Citizens Advice found that 16 per cent of students are currently in rent arrears. In response, there has been a new wave of student activism with students at over 55 universities launching their own rent strikes and a national campaign against Unite Students leading to the largest rent strike in 40 years.

During the pandemic, the government set aside £70 million for a student hardship fund, which sounds impressive, but when divided amongst all the students in the UK comes out to £26 for each student. We simply don’t have enough financial support from the government and this past year has made that glaringly obvious.

This budget could have been a remedy for our money problems but instead it is another blow to students. What we desperately needed right now from the Chancellor was a comprehensive plan to support all students this year and in the future. We need him to tell landlords to give our rent money back, we need better maintenance grants (not loans) and additional support for students like me that rely on part-time work to fund their degree, and when we can get back to work, we need to be guaranteed a fair minimum wage. But most of all, we need a publicly funded Higher Education sector. The funding model for higher education in this country desperately needs reforms and the pandemic has exposed how Universities fail to look after students because that might affect their bottom line.

This government has completely failed students, choosing instead to manufacture a ‘free speech’ crisis to distract from their failings. The spring budget was Rishi Sunak’s chance to announce support for students and our parents, but he blew it. Students’ welfare should be the priority of Universities and the government need to be facilitating that with proper funding. After all, aren’t we the reason why universities are there in the first place?