The Wales Green Party has a new leadership team. Following a ballot of members, the Welsh Greens announced their new leader and deputy leaders on December 21.

Turnout in the contest was low, with just 140 members voting.

As the sole human candidate, Anthony Slaughter was re-elected as the party’s leader. He picked up 128 votes, with 12 members opting to back ‘re-open nominations’.

I am proud and excited to have been re-elected for a second term as Wales Green Party leader.

I’m looking forward to working with our activists and members across Wales to continue to build and grow our party and achieve the vital breakthrough success in next year’s crucial Local Authority elections, an essential step on the road to future electoral success at a national level in the Senedd.

The deputy leadership contest was more hotly contested. There were four candidates in the running for two positions, in addition to re-open nominations.

In what will be seen as an upset, the incumbent Lauren James failed in her bid for re-election. She was beaten to first place by Cardiff Green Party’s Helen Westhead, who picked up 55 first preference votes. As the Wales Green Party’s constitution requires the party to have deputy leaders of different genders, James – along with Debra Cooper – were both eliminated from the contest. Amerjit Kaur-Dhaliwal, who came fourth on first preferences, was subsequently elected to the second deputy leadership post.

The full breakdown of first preferences was as follows:

Thank you to everyone who voted and to all of the fantastic candidates who stepped forward to represent our party.

Wales Green Party is stronger than ever thanks to the commitment and dedication of representatives and members. I’m honoured and excited as Deputy Leader to help the party lead on progressive, grown-up politics in Wales.

Similar sentiments were echoed by Kaur-Dhaliwal:

Thank you to the membership for voting, and the position entrusted upon me. I look forward to working for you all. I pay particular thanks to the outgoing deputy Lauren, for her commitment and hard work to Plaid Werdd Cymru.

I stand strong with all manifesto promises and especially those outlined in the Diversity and Inclusion Policy, such as working to ban conversion therapy across the UK, supporting our neuro-divergent community and healthy ageing. I promise to champion you boldly, loyally and always with heart.

I am particularly proud to be the first Asian person voted into a deputy leadership position in any political party within Cymru; the Green Party membership, have yet again demonstrated how inclusive, forward thinking and truly diverse we are.

Thanks to all the candidates who put themselves forward in these leadership elections and ran such positive and inspiring campaigns, and congratulations to Helen Westhead and Amerjit Kaur-Dhaliwal on their election as Deputy Leaders. Together they bring a wealth of skills and experience that will be an invaluable asset in taking the party forward.
I would also like to thank Lauren James for the dedication and commitment that she brought to the role during her term as Deputy Leader.

The election of a new leadership team comes just months before the Wales Green Party fights crucial local elections. In the last Welsh Council elections, the Greens won just one seat, with the election of Emily Durrant in Powys. Durrant has since left the Green Party and defected to Plaid Cymru. 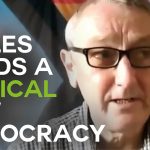 « What the collapse of Bulb and other suppliers means for our energy system
Review: Suzanne Simard’s Finding the Mother Tree »