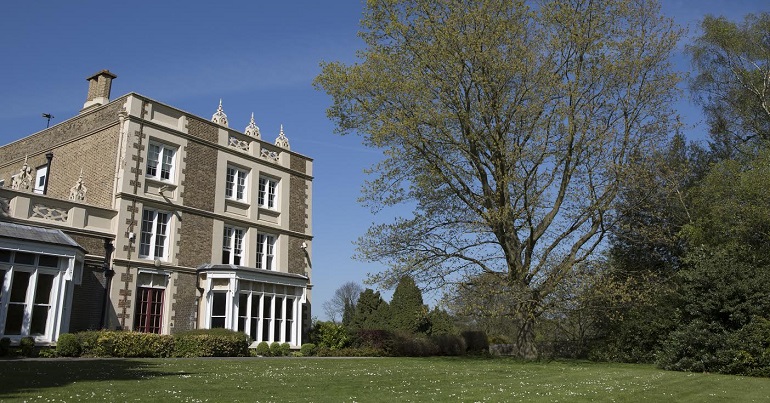 Today marks a big win for student People & Planet organisers across the country. Cardiff Metropolitan University is the first university in the UK to divest from the border industry. Watching in solidarity as a student at a drama school in London, I believe arts and drama schools across the country should be the first to follow their lead, so we can truly imagine a better world, on stage and beyond.

But, what is the border industry? People & Planet have found 60 publicly listed companies engaging in corporate activities that violate the human rights of migrating people. These companies are profiting from detention centres, prisons, surveillance of racialized communities, and the so-called refugee crisis. Universities hold millions in investments in border and surveillance companies. So, let’s be real, we don’t want our tuition fees, our universities’ money, and our education involved in this violence. But what goes on behind closed doors? Do we really know what our tuition fees are funding? And are universities practising what they preach when it comes to inclusion and equality?

Earlier this year, in August, Rose Bruford College of Theatre and Performance became the first drama school in the UK to reject the fossil fuel industry and sign the Fossil Free Declaration. This means that they have confirmed their current fossil free status and committed to never invest in the fossil fuel industry moving forward. The fossil fuel industry is the biggest contributor to the climate crisis. Signing the declaration means that Rose Bruford has said a big no to this, putting our future at the top of the agenda. I am proud that our university is so forward thinking. But I can’t help but be shocked by the fact that we are the first of around 30 specialist drama schools in the country to make this commitment.

Next, we want Rose Bruford to go one step further and become the first drama school to reject the border industry, following in the footsteps of today’s announcement from Cardiff Metropolitan University.

I’m in my third year studying theatre and social change at Rose Bruford. This is a new degree which centres theatre, live art and performance which is created consciously, promotes social justice and evokes change. Through the arts, we can build a world transformed, free from injustice and violence. From giving marginalised folk a platform to educate the masses to working with communities to celebrate the successes of the everyday.

I know what you’re thinking, this sounds great but what does it actually mean? Let’s talk in a more literal sense – enter: money. If we use theatre to imagine a world transformed but that theatre is connected with industries that pollute, and generate harm and abuse, is this really a world transformed? I don’t think so.

Throughout the last decade, we’ve seen arts institutions across the country making commitments to cut sponsorship deals and divest from abusive industries, putting sustainability at the forefront of their work. From the Tate Modern cutting ties with fossil fuel giant BP in 2016 to the establishment of the Theatre Green Book in 2020, a handbook that lays the foundations for sustainable productions.

These things are amazing. But this all starts with education. Our education institutions should be transparent with their students as to where their money is going. Ensuring that they go one step further and reject border violence by signing the Divest Borders Declaration is a clear statement to their students, prospective students and the wider world that they do not support violence and injustice.

The success of Cardiff Met agreeing to keep their students’ money out of the border industry is a massive step in the right direction. This no doubt came about from the hard work of student organising and campaigning. A big congratulations and solidarity to the students and staff who influenced this win. Your campaigning doesn’t stand alone. It has motivated universities to get the wheels in motion for the Divest Borders campaign nationwide. For example, this has already started conversations at Rose Bruford with students asking “what is the border industry?” and “how can we stand up against border violence starting at our university?”.

So to higher education institutions across the country, I hope Cardiff has sent our message loud and clear: keep our money out of the border industry!

« The Green League: Who are the Greens with the biggest social media following? – October 2022
Marks & Spencer joins other brands in exiting Myanmar following pressure from unions »