The Green Party of England and Wales has slammed the government’s autumn statement, accusing chancellor Jeremy Hunt of policies which will hit the poorest hardest. Hunt’s autumn statement included a package of tax rises and spending cuts. Cuts in public spending are set to amount to a total of around £30 billion.

Many of the planned spending cuts are set to take place after 2025, which is conveniently after the next general election is scheduled to take place.

Green Party co-leader Adrian Ramsay argued that the announcement has left people paying the price for a decade of Tory economic mismanagement. He also claimed that the wealthiest in society and those profiting from the current cost of living crisis have been let off the hook.

Ramsay said, “Whatever Jeremy Hunt claims, this amounts to taking £30 billion away from people who need it during a cost of living crisis, both directly and through cuts in services.

“The cuts will force local councils and vital national public services to deny people vital support. Yet we know there is enough wealth in this country for us to avoid the dire economic situation this Conservative government is forcing us into. The problem is that wealth is concentrated in too few hands, when it should be spread throughout the economy to the benefit of everybody.

Ramsay went on to set out what the Greens’ approach to the current economic crisis would be. He said, “The Green Party would introduce a 1% wealth tax on the super-rich and increase taxes on unearned income to ensure there is sufficient money to fund the public services we deserve. We would also close the loopholes in the windfall tax to enable investment in green solutions to the energy and the climate crisis. This would put an end to the spiral of chaos and invest in the green infrastructure and world-class public services our country deserves.”

Ahead of the autumn statement, the Green Party set out more details on these proposals, claiming that a wealth tax on the richest 1% of households would raise at least £70 billion. The party has also said it would significantly increase taxes on oil and gas companies as well as closing the loopholes on the existing windfall taxes.

According the Greens, this could then be used to deliver a massive programme of investment in carbon-reduction and well paid, green jobs. The party has said it would use the revenues from these tax increases in order to finance a national home insulation programme, free childcare, a national minimum wage of £15 an hour and inflationary pay rise for public sector workers.

Ramsay said, “More Tory austerity will create fear in communities across this country. Services are already facing extreme pressures and the country cannot stand billions more of public spending cuts. And while the government seems to have belatedly acknowledged the importance of driving down our use of gas through energy efficiency, the measures announced today go nowhere near far enough to help people who need their homes insulated right now.

“Our tax-raising alternative would mean polluting companies and the very richest households contribute more, while our investment in a rapid move to a net zero economy would fund the new skilled, sustainable, well-paid jobs that will be needed to replace those reliant on fossil fuels. Our plans ensure those most able and those most responsible pay, while the vast majority reap the rewards of a rapid move to a green economy.” 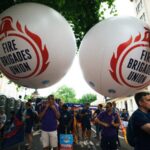 « WATCH: Why the Green Party backs trade union struggles – interview with Matthew Hull
The Green League: Who are the Greens with the biggest social media following? – November 2022 »