In June 2017 the DUP temporarily became the most powerful political party in the UK.

The Tories had just lost their parliamentary majority, while the DUP had their best General Election result in their five decade history.  Now Theresa May needed to secure the support of Northern Ireland’s largest party if she wanted to maintain any semblance of strength or stability in her government.

For weeks after the 8 June election the DUP did what they do best, as they negotiated ruthlessly to get the best deal they possibly could. 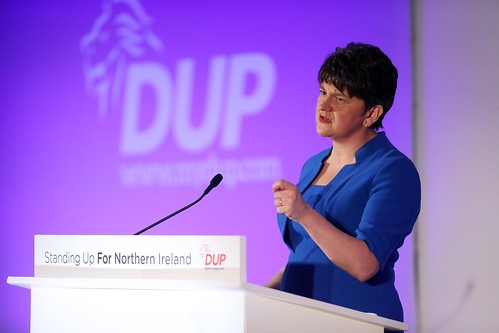 That this party came from Northern Ireland, and that they would be able to leverage a great deal of additional funding and power for this long suffering, left behind region of the UK should have been a cause for rejoicing for we who live here.

The problem was that it was the DUP doing the negotiating, whose priorities are always skewed – and I’m not talking about their attitudes to women’s rights, LGBT equality, or anything to do with the legacy of conflict and division here.

When the deal was finally printed, what jumped out was that top of the list of things that they wanted for Northern Ireland was investment in a new interchange between Belfast’s urban motorways.

Tens of millions will be spent on the York Street Interchange, a mega crossroads between two obscene pieces of infrastructure that have blighted our beautiful city for decades, and all because too many of us love living in middle of the countryside even though most of the available jobs are still located in Belfast.

Our towns and cities have been emptying since the 1960s, as hundreds of thousands of us have set up home in the open countryside, building bungalows and haciendas well away from the infrastructure and services that support modern lifestyles.

All the political parties here – especially the nationalist/republican SDLP and Sinn Fein – justify this proliferation of one-off housing by harking back to a golden era of traditional Irish homesteads.

What they fail to mention is that the lifestyles of this new rural population are substantially different from the subsistence farmers who once lived in discrete stone cottages.

The new country dwellers are car-reliant suburbanites, who dump their excrement in leaky boxes buried in their gardens, heat their homes with expensive and carbon-intensive oil, and fill up their larders and fridges primarily from out-of-town super sheds set up by the Big Four behemoths of UK retail.

This lifestyle choice demands more and more public money to support it, and also more and more encroachment into fragile habitats and precious places. 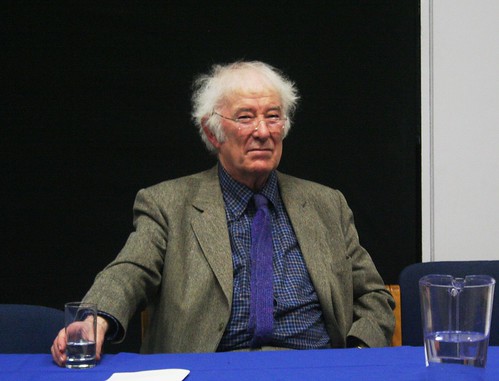 Most notable is the ongoing attempt to drive a new dual carriageway through the poetic landscape of Seamus Heaney’s childhood.

The existing main road between Belfast and Northern Ireland’s second city, Derry/Londonderry, cannot cope with the level of traffic that commutes back and forth along it daily.

Rather than develop a long-term strategy to get people out of their cars by improving public transport provision, coupled with a socio-economically just repopulation of Belfast, local politicians have been obsessed with upgrading the existing infrastructure to reward those who choose the single occupancy private car.  Meanwhile, any talk of getting people to move back to central Belfast is entirely focused on accommodating the bourgeoisie in serviced apartments, or providing bedsits for students that cost more per week than I paid in rent per term in the 90s.

The choice to run this road through a literary landscape that is of global importance when other routes were available has baffled many, as is the failure to consider challenging the culture of car dependency in Northern Ireland.

There is ongoing legal action to prevent this devastation from going ahead, but if the road does finally get built it will shave only a few minutes off the journey time between Derry and Belfast, and only for a limited period before the inevitable increase in car use encouraged by making more room for people to drive.

Which brings us back to the interchange at the edge of the city centre.  This upgrading of the road back up towards Derry will lead to more cars arriving at once at the junction that so distracted Theresa May while Grenfell was still smouldering.

No amount of investment will be able to alleviate forever the gridlock that will result from making it easier to drive into a city where 36% of the local population doesn’t have access to a car.  The toxic idling of traffic will return, only in greater volumes.

Northern Ireland’s addiction to the private automobile is a result of decades of bad leadership and decision-making.  It wasn’t the organic expression of the desire of the masses for an ideal of free movement that made it so.  It was the result of lax planning, short-sighted infrastructure development, and disregard for the urban poor whose lives are blighted and cut short by respiratory illness and traffic accidents.

The inclusion of urban motorway upgrades in Northern Ireland as a central foundation of an agreement to form a UK government is the high watermark of an automotive madness that is making us miserable, sick and poor.