Millbank was just the Beginning: Everyone must have Access to Education

I’m writing this from Whitehall. The smell of burning ink is ever present, as smoke drifts from a bonfire of placards in the middle of the road. The cheers and grunts from the crowd trying to push through the line of riot police mixes with the Michael Jackson songs played by those who have occupied a bus stop roof.

They are not angry, mostly, because of tuition fees; though they are cross about that too. The first comment I overheard as I walked down Whitehall was “they’ve taken our EMA away.” And that is the sentiment today. The chants are about cuts. The real passion is about the Educational Maintenance Allowance.

And no wonder. For many of the people here today, university is a long way ahead. If they don’t get their EMA, they won’t get to finish their A levels.

Earlier, I joined SOAS students at their occupation, and then marched with 200 students into the Jeremy Bentham Room with UCL students, as they defied their administrators and went into occupation.

Jeremy Bentham founded University College London because he believed that, in a civilised society, everyone must have access to education. Today, students across the country are occupying their universities, young people are marching through city centres, teenagers in school uniforms are lighting bonfires at the gates of Downing Street to re-affirm that same principle; and to tell the government that Millbank was just the beginning. 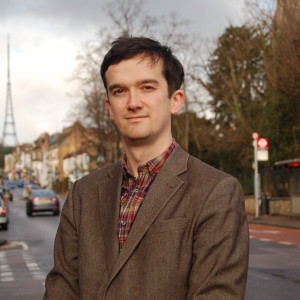 UK’s next Minister for Housing if #GreenSurge continues? Tom Chance on the campaign for affordable homes