Dick of the Year: Tony Blair

This is a nomination for Bright Green Dick of the Year from Miss Ellie Mae, who blogs at The Meditations of Miss Ellie Mae and is co-editor of the New Left Project If you want to submit your own nomination email adamramsay @ gmail by midday on the 31st.

It seems a fitting end to 2010 that Tony Blair might delight us all in statue form. It’s a reminder that, like a rat in a city, he is never far away. So despite the poverty-inducing antics of our current Prime Minister, Tony Blair remains my Dick of the Year.

A premiership defined by illegal war, broken promises, and unhealthy reliance on the city might bring on an attack of humility in anyone else, but not our Tony. No; he wrote his memoirs and went on the ‘I was right’ book tour of 2010. Thus, a month of our lives was unwillingly taken up by him backstabbing colleagues, praising the spending cuts, and exposing us to the details of his stomach-churning, badly-written sex life.

The Cleggeron has got a long way to go before it matches Blair. His un-British lack of reserve, his loyal followers and their ‘three elections’ clarion call, and the fact that he is STILL GETTING AWAY WITH IT, is unrivalled in its irritation. If he isn’t a dick, the concept is rendered moot.

So, here’s to you Tony; you utter, utter penis. 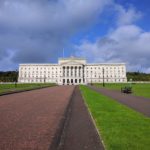 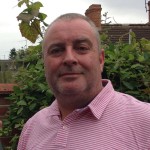 If we want to scare Assad, arrest Blair

« Dick of the year: Nicolas Sarkozy
Dick of the Year: Nadine Dorries »