On 10th April 1998 the Great and the Good, from U.S President Bill Clinton, to Bertie Ahearn to Bono, politicians, rock-stars, religious leaders and business people, both local and international, heralded by the world’s media as peacemakers, concluded the negotiations of the Belfast/ Good Friday Agreement (GFA). However, the true result of the Good Friday Agreement wasn’t decided until the 22nd May, when the people of Ireland as a whole engaged in simultaneous referendums across the jurisdictions of Northern Ireland and the Republic of Ireland to ratify the GFA. In Northern Ireland the electorate where given the question “Do you support the agreement reached at the multi-party talks on Northern Ireland and set out in Command Paper 3883?”, a simple Yes or No answer was required and, with an unprecedented turnout of 81.1%, 71.12% chose Yes, in favour of accepting the GFA.

In the Republic of Ireland, the referendum on the 19th Amendment to the Constitution of Ireland required the Irish public to ratify a change from the constitutional claim of all of the territory of the island of Ireland to be the national territory of the Republic of Ireland to an aspiration for a United Ireland to be achieved “by peaceful means with the consent of a majority of the people, democratically expressed, in both jurisdictions in the island.” The turnout for this referendum was only 56.26%, however the Amendment was carried near unanimously by 94.39% of the eligible votes.

As a 5-year-old, one week before my 6th birthday, I remember the events of the 22nd May 1998 vividly. I remember going to the polling station at the local community centre with my mother, I remember the British soldiers, heavily armed at the gates and the doors. I remember going in to the polling booth with my mother, and her asking me what way should we vote, Yes or No? Not understanding the gravity of the question, I opted for No; my mother voted Yes. (I accredit this memory to my continued political interest and activity throughout my life, but that’s another argument about political engagement of young people for another day.) The rest as they say, is the history of the Peace Process.

But what is that history? Is it the history of two decades of peace and reconciliation, of prosperity and mutual trust between a divided a community?

The simple timeline of power-sharing at Stormont tells an interesting tale. Power was eventually devolved from Westminster to Stormont on 2 December 1999. In the 19 years that have followed, the Assembly has been suspended 4 times, almost immediately in February 2000 for 3 and a half months, two 24-hour suspensions on 10th August and 22nd September 2001, and for 4 years and 7 months between October 2002 and May 2007. (Power sharing was returned in 2007 following the signing of the Multi-Party, St. Andrews Agreement in 2006). This political co-existence allowed for a decade of assemblies, with Sinn Féin and the DUP taking the lions share of ministerial positions.

The problem with the Mandatory Coalition that the GFA enforced is that “traditional” community lines were dug deeper and voting patterns became more polarised as the more “moderate” voices of the SDLP and UUP became drowned out by the more “hard-line” Nationalist and Unionist voices respectively. Stormont became a carve up of Ministerial portfolios, the most lucrative being sought after like children picking teams for football. For the past 14 months there has been no sitting Executive at Stormont, after the revelations about the Renewable Heat Incentive Scheme, created under then Enterprise, Trade and Investment Minister Arlene Foster (DUP) became exposed as having an overspend of up to £500 million. Sinn Féin’s Deputy First Minister Martin McGuinness stepped down in January 2017, after Arlene Foster, now First Minister, refused to step aside to allow a full investigation to take place.

The Consociational nature of the Stormont executive meant that without a Sinn Féin Deputy First Minister, a DUP First Minister can not lead alone, and so Stormont collapsed. Ill Health led to Martin McGuinness passing away in March and Michelle ONeill being selected as Sinn Féin’s Leader in the North. Fresh Elections failed to deliver a new executive and a year of negotiations have broken down around the rights of Irish Language speakers with the DUP digging their heels over Acht na Gaeilge. All the while the RHI Inquiry continues quietly in the background.

Across Northern Ireland, and Belfast in particular, the dividends of peace can be spotted. Clarendon dock is a hive of activity, with cranes raising a seemingly endless number of glass and steel structures to house banks, call centres and hotels (as one Lonely Planet review describes it “it’s been restored to incorporate a soulless business park”), a shining example of the profitable peace. Northern Ireland is clearly not afraid to make our troubled past a nicely wrapped package for consumption: Belfast’s hotel industry is booming, with buildings old and new being made fit for tourist habitation, from the old Crumlin Road Courthouse, to the new George Best Hotel in Belfast city Centre (apparently an airport wasn’t enough for George) to the Titanic Hotel recently opened in the constantly developing Titanic Quarter.

During the Troubles the Republic of Ireland practically held the monopoly on the tourism industry on the island, however over the past decade in particular Northern Ireland has been fighting hard to get it’s share of the pie. This is highlighted by the flagship Titanic Belfast Tourist attraction and the natural beauty of Northern Ireland, much explored now in part thanks to Northern Ireland’s burgeoning film industry (in particular, HBO’s Game of Thrones™). Crumlin Road Jail and the Black Taxi Mural Tours are another of the crucial tourist experience on a visit to Belfast to learn about our harrowing past and how much better we’ve got it now. However, the benefits of these growing industries are increasingly staying in the hand of corporate executives: small, independent businesses, some family owned for generations, are being pushed out for a brand-orientated ‘authentic’ experience.

As a young person who straddled the historic period between conflict and peace, it’s impossible to say we are in a worse place now than we were. I remember British soldiers on the streets of Belfast. I remember the old grey RUC land-rovers, before they got a nice new PSNI-Peace White repaint. I know what gunshots echoing in the distance sounds like. The peace that we have now is much preferable, with all of the major armed organisations having declared ceasefires and having put their weapons beyond use. Those, on both sides of the community, who continue the struggle are increasingly marginalised and are acting as local enforcers for smaller and smaller areas, their Paramilitary Acronym representing a handful of “active volunteers” at best.

However, the prosperity we were promised was straight from the handbook of Blair and Clinton, a neoliberal living nightmare. Stormont became a mechanism for privatisation, a 21st century land grab. Northern Ireland has the largest public sector across the UK, meaning rich pickings for the entrepreneurial private investors as profit reigns supreme. This has translated into a crisis across the North, particularly in working class communities. An underfunded health service, especially in regards to mental health services, has failed to tackle sufficiently a post conflict society: a recent report has suggested that since 1998 more people have taken their own lives than those killed during the Troubles. Child poverty and economic inactivity in Northern Ireland are consistently some of the highest in the UK.

20 years ago, 71% of the people said ‘Peace at any Cost’ was preferable to a continuation of violence. The DUP were the biggest party on the Unionist side to oppose the Good Friday Agreement, fearing an end to the old Unionist rule of the Northern state. On the Nationalist side the two major parties SDLP and Sinn Féin backed the GFA. Only fringe Republicans called for a no vote, seeing the GFA as a capitulation to British involvement in Northern Ireland. Peace at any Cost seemed to be the consensus of the day. Myself, with the hindsight of 20 years of prosperity for the wealthy and more economic misery for the working class, the “No” that I replied to my mother, is one that I would have to give serious consideration to. Peace at any cost? Bill Clinton seems to think so. 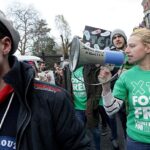 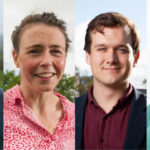 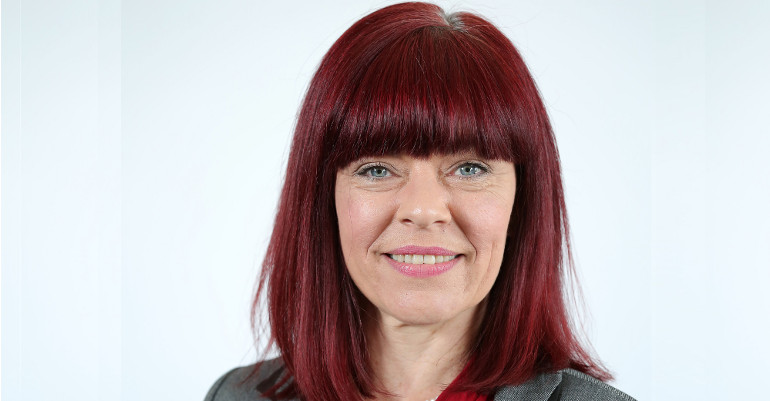