Is ambition our choice, or our chains? 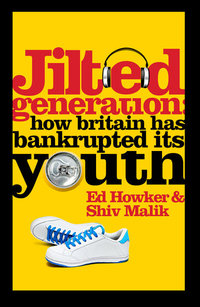 “Why have we become obsessed with ‘self-fulfillment’,” asked Shiv Malik. “Why do we now feel our jobs need to be of great global significance rather than just a living?”

“We have this phenomenon of prolonged adolescence,” Ross Perlin observes. “Getting your own flat, getting married, having kids – all the traditional milestones of adulthood are being postponed.”

Malik and Perlin, authors of the youth polemics Jilted Generation and Intern Nation respectively, were leading a discussion on “The Betrayal of Britain’s Youth” as part of the second annual Stoke Newington Literary Festival.

The comments above set me to thinking – is the pursuit of self-fulfilment really that novel? Or have between them, Malik and Perlin identified simply a shift in personal goals? If the latter, what might be the reason?

It strikes me that providing a home and raising a family is no less an effort of self-fulfilment than attempting to become a hotshot City trader, celebrity or planetary saviour. At least when the immediate risk of destitution is removed, surely all people everywhere seek self-fulfilment in one form or another.

But what we have seen is a change in the nature of the self-fulfilment we seek. We no longer prioritise spouse and children, but instead pursue social approbation in the form of some kind of career stardom – whether in the acknowledgedly selfish field of commerce, the supposedly altruistic field of activism, or those that fall complicatedly in between, like politics or the arts.

One difference between the old life goals and the new is that most people who sought the old succeeded, whereas most that seek the new will fail. Marriage and children is not an especially exclusive club, but only a handful of people can be film stars or Fortune 500 CEOs. So one of the effects of this social change is to create generations who will feel as if they have failed by their own standards, despite quite probably achieving more in their chosen fields than their more contented forefathers.

But another is that they imply diametrically opposed financial strategies, and it’s in this that we might start to see a systemic reason for the shift.

If you seek to start a family, you expect to become substantially poorer than you are now – families are expensive, and if you’re in a two-income relationship that may drop to one. Therefore you are inclined to save as much as possible in your younger years.

If on the other hand you seek to be hugely successful and reknowned in your chosen career, you expect to become substantially richer than you are now. So you will be inclined to borrow as much as possible in your youth. Especially, as in the case of tuition fees and unpaid internships, if that borrowing is perceived as necessary to your success. 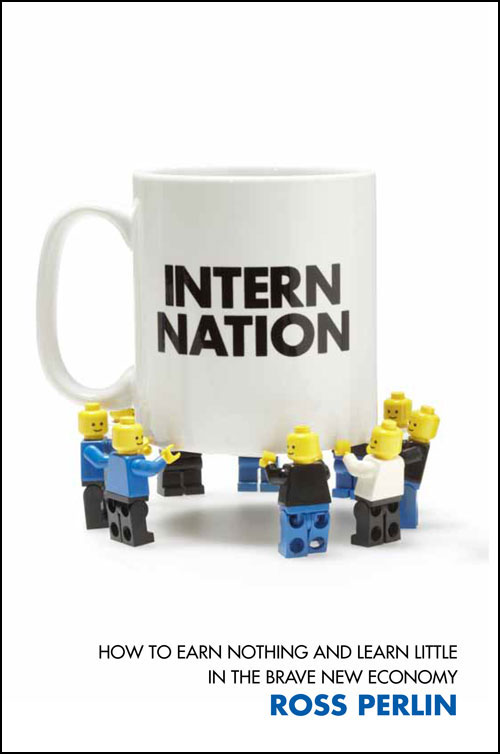 Malik also asked: “Are we too critical of ourselves? Are the difficulties faced by young people our own fault, or are they in some way systemic? I think young people are starting to realise this is not all our own fault.” What would the system have to gain by the breakdown of the traditional family and the creation of a generation of self-defined failures?

In those differing financial strategies I think you can see the answer. Quite clearly, the second is a more attractive proposal from the point of view of the political and commercial imperative for short-term consumption growth. Economic success, as widely measured by the downright ludicrous metric of GDP growth, requires spending, not saving.

Hasn’t this always been the case? Why would this change with our generation? Well, in the past it was possible to generate economic growth without massive borrowing because the key resources were not fully exploited.

Through the early years of modern capitalism we were able to make enormous advances in industrial productivity, and from WWI onwards rapidly increase the numbers of workers by bringing more women into monetised labour. Latterly, globalisation has exploded the available workforce by making it possible to place factories and call centres in populations previously unreachable by Western employers. And throughout these periods we have increased working hours per worker, and exploited more and more natural resources into the economy.

These easy sources of growth are beginning to dry up. Natural resources are depleted, Pacific Rim countries are industrialised, women are in work, and there are only so many hours left in the week. The easy source of growth now is personal debt.

So in order to continue creating the consumption growth which is demanded by the Western political economy, it is essential that workers are persuaded to take on ever-larger amounts of debt. And that is achieved by persuading them to change their life goals and expectations such that debt makes sense as a personal financial strategy.

I think that “the system” brings about this shift mainly through the action of governments. Corporates have always attempted to sell as much if not more than people could afford, and appealing to wild aspiration is nothing new. But it’s governments that have really manoeuvred their citizens into debt.

The UK Government, for example, has normalised debt by fixating upon low interest rates so that saving made little sense and borrowing was more attractive, thereby instigating spectacular property inflation that made homeowners feel there was no point in saving as their house was a healthy pension in itself. This as part of a strategy of getting as many people as possible “onto the property ladder” (that is, into debt), including, infamously, Thatcher’s Right To Buy.

Additionally in the last two decades we have instituted widespread student debt for the first time, and liberalised the financial services market to make it easier to sell credit cards, short-term loans and ‘debt consolidation’.

And throughout all of this, social authorities like governments have indeed sought, as Malik says, to persuade us that it is all our own fault; that consumerism is a vice we create in ourselves with no outside interference; that the premature adulthood and sexualisation of children we complain about is unrelated to the economic necessity of inculcating in children expensive adult wants; and that the breakdown of the traditional family is the fault of homosexuals and their liberal fellow-travellers, rather than economic and labour market conditions that confine an ever-rising number of twentysomethings to the parental nest.

Within these conditions, it’s not actually possible to take an individual choice to employ a more realistic attitude to one’s future. Even if I recognise I am unlikely ever to be rich, I cannot get an education without debt and I cannot rent a flat without joining the inflated property market. The system is aligned not just to encourage me in social terms to aspire to the status of great career success, but to make it all-but-impossible in financial terms to raise a family in the supposedly modest manner of my parents and grandparents.

If my generation is to have any hope of fulfilling its great promise, we need to assert that our right to a successful and fulfilling life overrides the right of corporates and their wholly-owned political parties to exploit us for wealth like a 19th Century colony. Our ingenuity is more than capable of providing the opportunities to change the world, and the stability to raise a family; but we can’t do either while enslaved.