This morning Ladbrokes will begin the biggest payout in British by-election history. George Galloway, who entered the race as a 33-1 outsider, has won the Bradford West election by a country mile. This sort of shock to the parliamentary political system is rare and and easily dismissed but it should come as a challenge to all of us.

In many ways it is obvious why George Galloway won. The Government are failing on the economy- even by their own measures. Yesterday evening the voters in Bradford strolled to polling stations as the news broke of Britain being in a double dip recession. The cuts, of which 88% are still to come, are hitting places like Bradford hardest. Even The Sun rallied against the Lib-Con coalition this week for their attack on the poor in the shape of a Cornish Pasty. The governing parties never stood a chance in Bradford West.

The Labour Party, on the other hand, went into the by-election with a ten point lead in the national polls and history of wins their dating back 30 years. Their leader, pictured with Ed Balls earlier this week eating a pasty, seemed to be capturing people’s imagination. But the people of Bradford were, unsurprisingly, not convinced. Not only has the Labour Party entirely failed to argue for an alternative economic plan but Labour Councils, like Bradford’s, have been voting through painful cuts to local services. Places like Bradford, which has 32% of children living in families who rely on out-of work benefits, have been systematically let down by the Labour Party when they’re in power and find them uninspiring in opposition.

Of course it isn’t just the failure of the big three parties that led to Galloway’s win. The man himself is a formidable politician with experience of winning seats with large Muslim populations. He is undeniably charismatic and has  a level of audacity hardly seen in British Politics. The ever-present sense of outrage in his voice  no doubt echoed the anger of the voters. He is popular with the Muslim vote and his call to withdraw troops from Afghanistan will have gone down well. In many ways George Galloway captured, in one short campaign, the imagination of the people who anti-cuts campaigners have been trying to organise for months. It is a testament to Galloway’s Chutzpah that, despite his dreadful record as local politician (he hardly ever turned up to Parliament), the people of Bradford West were won over to him in a big way.

Many commentators are calling Galloway’s election a gift to the Tories. In a week when they’ve managed to encourage the panic-buying of fuel and were forced to release grainy pictures of the Chancellor eating a pasty, they’ll certainly be pleased to see Labour lose a stronghold. But Galloway’s win, more than anything else, should be a wake up call to progressives across the country- and that doesn’t mean the Labour Party. Galloway has done what we have failed to do. He’s galvanised the support of thousands, many of them young, and bitten back at the political establishment. He ran a campaign on a radical leftist agenda and he won. The appetite for change is in the air and he, above anti-cuts activists, the Green Party, the anarchists or anyone else, has caught the mood.

Two weeks ago a couple of hundred people turned up at Whitehall to wave goodbye to the NHS as we know it. Yesterday a firebrand anti-choice, dictator-friendly Scotsman won 18,000 votes in a Yorkshire constituency to which he had no previous link. Clearly we’re doing something wrong and he’s doing something right. Let’s use this as a wake up call. 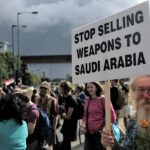 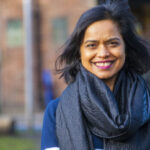