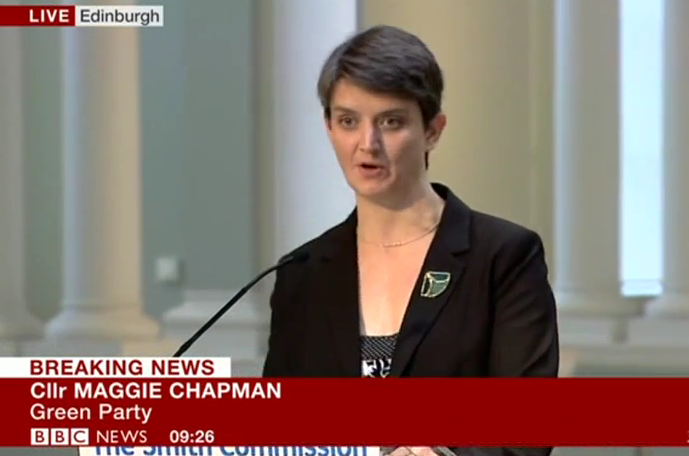 The Smith Commission on further powers for the Scottish Parliament reported this morning and made headlines with the announcement to fully devolve income tax powers.

However the package of new powers fell far short of “home rule” pledged during the final days of the independence campaign.  The Commission’s recommendations would leave 70% of tax and 85% of social security powers in Westminster’s hands.

Scottish Green Party Co-Convenor Maggie Chapman, who sat on the Commission, warned that “those who collaborated to block progress… will have to answer to those whose expectations they raised”.

However she went on to say that “if used wisely these new powers could help protect people from UK austerity and welfare cuts”.

The transfer of powers over some benefits, management of the Crown Estate, and constitutional guarantees such as power over elections and votes for 16-17 year olds were also welcome.

New transport and energy powers are also now pledged to come to the Scottish Government.  These include control over the licensing of oil and gas extraction and rail franchises.  Such new powers could enable the Scottish Parliament to stop new fossil-fuels and re-nationalise the railways.

Although new powers were welcomed by all, the limited ambition of the Commission has turned criticism towards Scottish Labour.  Just on Tuesday Scottish Labour Leadership candidates’ support for devolution of income tax was equivocal.

The Queen was not fit to be our Head of State during this debate. But what will we do with the castles? 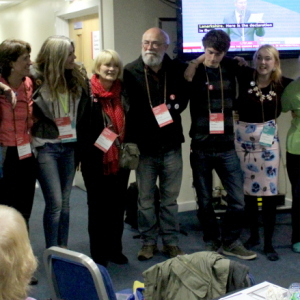