The performativity of Milo Yiannopoulos

Milo Yiannopoulos’ Facebook page describes him as “the most fabulous supervillain on the internet” who is “one of the best-known technology and media commentators in Europe” and “writes about internet culture, video games, tech, social media, the social justice phenomenon and how lovely his hair is”. Others have described him as a liar and a self-loathing homosexual who associates with Nazis and Nazi enablers. Evidently, ‘you’ll either love him or you’ll hate him’ rings a lot truer for Milo than most. Personally, I don’t align myself with Milo’s ideology and find most of his views abhorrent (I think there’s one about biased press that I agree with) but that’s not the purpose of this article. I think it’s important we discuss his performativity.

I first came across Milo a few years ago through a friend’s post on Facebook around one controversial subject or another, as is his wont. Due to my YouTube meanderings, I recently watched some more videos of him speaking at events, being interviewed, and pulling various pranks. I must say his performativity is mesmerising. By that, I am not writing about his ability as an actor but of the identity which he has created for himself through his actions and words. I believe we perform different aspects of our identity in various situations which cause our identity to evolve (currently I am performing the writer, later I shall be performing the Yu-Gi-Oh Duelist #imadeitmum). And Milo’s is fascinating.

After watching a few of his videos, I started to quickly see why people follow him on various Social Media platforms and attend his events. He is bold, brash, funny, charming, and witty, (subject to personal taste, of course) and that carries a certain attraction. He has an unapologetic stance on issues that offend certain groups, is cheekily flamboyant, has a playful character, and often ‘owns’ hecklers (who are frustrated College students, I must add). His ability to articulate and defend his thoughts and beliefs resonates with certain demographics.

And that is a problem for those who don’t wish to see Milo’s type of worldview to remain dominant.

Milo’s performativity lends its weight to his views and colours them in an attractive way to those who claim to be tired of being ‘policed’ by the thought police. He uses language in such a way as to make the issues of today seem ridiculously over-pronounced, nothing more than the sensitivities of a thin-skinned group of SJWs or, at worse, a concentrated effort to peddle divisive and hateful ideologies. Whenever he speaks at an event and there are those who oppose him (usually through heckling), he responds by being reasonable, patiently asking them to let him finish his answer before they interject. He has even gone to the extent to write an article entitled ‘How To Beat Me (Spoiler: You Won’t)’ that lays out a step-by-step guide on how to ‘defeat’ him, reasoning that he doesn’t like “fighting the handicapped (everyone who isn’t me)” so it would be unfair not to write the article. He is unapologetically honest with his views, which can seem like a breath of fresh air to those who feel ‘oppressed’ by SJWs (read ‘oppressed’ as “equality feels like oppression to those with privilege”).

In this age of ‘banter’ and pranks, Milo is a Prince-in-waiting. He is gaining popularity the more controversial he becomes, and the more controversial he becomes the more his performativity develops. His banning from twitter did nothing except increase his popularity and he doesn’t seem too bothered; quite the reverse as it solidifies his supervillain persona. But this has real-life effects. His supporters increased their aggression against Leslie Jones after one of his tweets and yet he relinquishes any notion of responsibility for his growing fan base. He argues that Beyoncé and Justin Bieber don’t get slated when their followers abuse others, so why should he? Rather than acknowledging the power of influence on others and how it can effect people’s actions he points to the hypocrisy as a shield. It is at points like these we see a weakness in Milo’s performativity as little more than a guy who wants his cake and to devour it.

It is troubling that Milo is so popular. Rather than seeing the problems within the Left’s ideology of giving voice to the oppressed and helping to move this movement of empathy forward, he chooses to attack its faults and delegitimise it in the eyes of his followers. And, sadly, I wager the reason he is so popular is that others agree with him (hardly an Einsteinian conclusion) and yet I would say it is that they agree with his misunderstanding of these causes. But his performativity makes it seem all so sensible and logical. And that being the case, those of us who disagree with him must try to persuade his followers how they are wrong.

If humour, witticisms and playfulness are their weapons of performativity, maybe those who are on the other side should take them up?

The world is, after all, a stage. 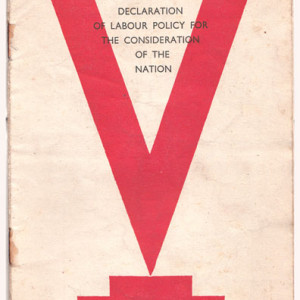 The Labour Party has never lived up to its ‘socialist’ dream 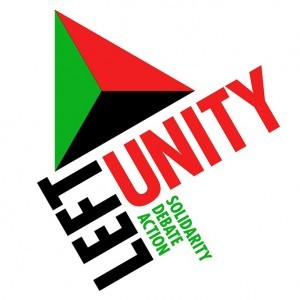 Left Unity to back anti-austerity Greens in General Election

Arte is a PhD student at the University of Northampton. He writes about the Arts, Education, and Politics.
View all posts by Arte Artemiou →