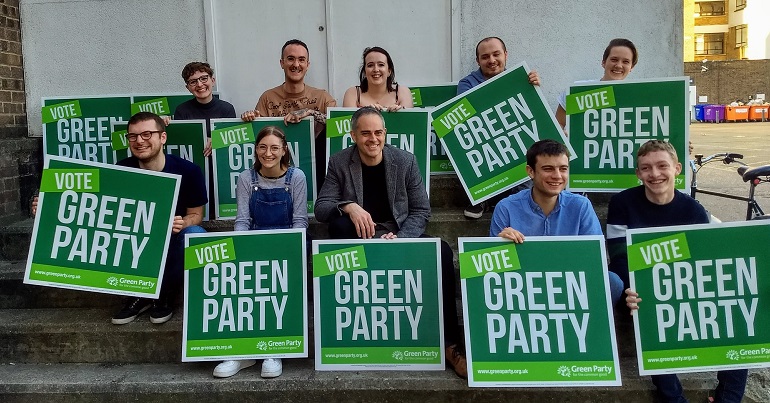 The UK has entered the throes of a General Election. And the Young Greens – the youth and student wing of the Green Party of England & Wales – have launched their campaign for the election. The Young Greens are seeking to capitalise on success at the local and European elections.

There’s never been a more important time to get involved in Green politics. We’re going to be mobilising hundreds and hundreds of Young Greens all across England & Wales to get more Green MPs elected to parliament.

We’re ready, are you? ✊💚 Sign up and see how you can help make this election the Greenest we’ve ever had! 👉 https://t.co/4jB9Ns9GEA pic.twitter.com/Sz2na4KdpA

The campaign also comes as a new poll has put the Greens on track for their best ever result in the Cambridge constituency.

The general election also falls amid rising concern about environmental and social progress. Polling by YouGov in early October signalled that the safety of the environment is among the public’s top concerns, ranking behind only Brexit and healthcare. Representing an almost twofold rise since January, the Green Party will be hoping that this increasing public concern will translate into increased electoral support.

2019 has also seen a wave of environmental activism. Extinction Rebellion’s October Rebellion, and the reaction to its suppression by the Metropolitan Police, have focused the minds of activists.

Young people in particular have led the charge, as indicated by the rapid growth of the school strike movement led by the UK Student Climate Network. After a period of growing prominence, including an address to party conference and a feature in the party political broadcast, the Young Greens will be hoping to keep young people’s political perspectives at the top of the agenda.

Speaking to Bright Green, Young Greens press officer Alex Nettle, who is standing in the General Election in the Birmingham Ladywood said:

Thousands of young people have walked out of schools and universities for climate justice. Hundreds of thousands walked out to resist the Tories’ illegal suspension of parliament. We must not let this election be defined by Brexit because there is so much more at stake. Climate justice must be at the heart of this campaign because the planet cannot wait for another electoral cycle. And social justice is crucial too after nine years of cruel Tory austerity. Young people are leading the fights for climate and social justice from the front.

Asked whether other parties’ recent adoption of new environmental policies will carve up the Green vote, Nettle was unambiguous:

It’s clear that other parties still haven’t got the message on what matters to young people. Labour still aims to end free movement and to leave the EU, positions that will deprive us of the future we really deserve. The Tories promise us damaging Trumpian trade deals, and we can’t trust the Liberal Democrats to keep their word. The Green message is vital for young people, and we’re seeing it cut through across the country.