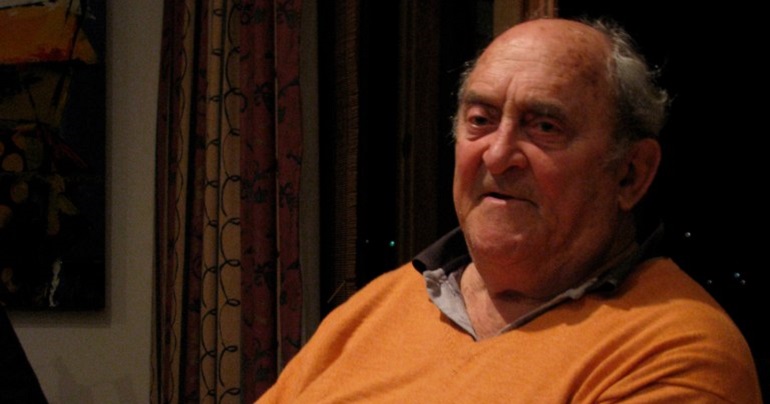 The Jewish communist and anti-apartheid militant, Denis Goldberg died last week after a lifetime committed to the political struggle for racial equality and socialism in South Africa.

Born in 1937, to a working class family, he was the son of a seamstress and a shipworker. He never forgot his working class roots, even though the white supremacist structure of South Africa allowed him and his family a degree of social mobility. Like many white anti-apartheid activists, his parents were both socialists. His father was education officer of his local communist party branch and took him to meetings as a child, fostering political engagement from an early age. His mother was arrested and held under the 90 day detention law, because of her political activities. After studying engineering at the University of Cape Town he became involved in the African National Congress (ANC), and in particular its military arm Umkhonto we Sizwe, using his education to provide training to militants and acquiring and building materials for armed resistance. This included bombmaking and building radios in order to transmit broadcasts from ANC leaders. He was arrested with Nelson Mandela and other ANC and South African Communist Party (SACP) leaders for involvement in a sabotage campaign against apartheid infrastructure. After the Rivonia trial (1963), he spent 22 years in an apartheid jail.

Denis Goldberg is thought of as an exceptional figure, however his background was not dissimilar to the other white dissidents involved in the illegal anti-apartheid movement. Most white dissidents came from working class, recent migrant backgrounds. Joe Slovo, another white anti-apartheid activist, described arriving in South Africa with only a few clothes and a bag of mouldy fruit. Of the white defendants in the 1959 Treason Trial, (the apartheid regime’s first attempt to arrest Nelson Mandela and the ANC leadership) all but one were secular Jews. Like most South African Jews, their families often came from Lithuania. Older South African anti-apartheid activists, such as Ray Simons (neé Adler), had been involved in socialist activities in Lithuania, and had fled to South Africa under the threat of repression from the inter-war Polish government. Denis Goldberg, similarly, came from a multi-generational socialist family, who developed their politics in reaction to nationalist, antisemitic regimes of inter-war Eastern Europe.

The life of Denis Goldberg, and those like him, who risked their lives for the dream of a free, multiracial and socialist South Africa, offer various lessons for those of us participating in the struggles for justice today:

All our struggles are connected

Denis Goldberg and those connected with him understood the interconnectedness and indivisible nature of the class struggle and the struggle for racial justice. His participation in the struggle for racial justice was as a member of the SACP, part of the alliance between the ANC and the SACP. His primary identity was as a worker, but he understood that in white supremacist South Africa, justice for workers required racial justice. As the author of pamphlets comparing the Nazi regime in Germany to the apartheid regime in South Africa, which contained many Nazi sympathisers, Denis Goldberg also articulated the connection between antisemitism and anti-black racism.  In later life, drawing on his experience of apartheid in South Africa, Goldberg was forthright in his criticisms of Israel, which he saw as an apartheid state.

Goldberg’s life was one which was lived in pursuit of political and economic transformation, not just individual changes at the seat of power.  He was not interested in working within an unfair and undemocratic system to provide ameliorative reforms but in abolishing apartheid in its entirety and moving towards full majority rule. This zeal for socialism and egalitarian social transformation did not dim in the post-apartheid era, as he became intensely critical of the post-apartheid South African state and the ways in which it has failed to deliver a substantial economic transformation for the majority of South Africa’s Black citizens. In 2016, he called for South African president Jacob Zuma to resign, on the basis of corruption allegations and the slow pace of socio-economic change. This critique was always rooted in the belief that substantive change required dramatic economic transformation, and an end to capitalism; a change in political system not just a change of leaders.

It is not about individuals

Denis Goldberg was always exemplary in his willingness to sacrifice himself for the struggle for racial justice in South Africa. While in prison he continued to resist apartheid, planning two prison escapes, one for himself which was unsuccessful, and another, successfully for three of his comrades. He kept a diary detailing the inadequate and negligent care of sick and dying comrades in prison, which was then smuggled out and used as material to militate against the regime.  Nelson Mandela recollected his offer to persuade the jury in the Rivonia trial that he had exceeded his mandate in purchasing weapons for ANC armed resistance movement. This may have prevented a conviction for the Black resistance leaders but would have all but ensured a death sentence for Goldberg himself. While looking after oneself is important, especially in the current climate, our struggles for justice and collective liberation are bigger than individuals.

We all deserve joy

On receiving his life imprisonment, having expected a death sentence, Goldberg proclaimed; ‘Life, life is wonderful’. This sentiment, which is also where he begins his autobiography, reminds us of the fundamental sanctity of life, and the necessity that all can live it to full. This belief, that we all deserve luxuries and that our demands should not be limited to just the base needs for survival,  is succinctly expressed in the demand for ‘Bread and roses’ (first used by the Garment Workers Union in New York, who were also largely Jewish socialists), animated much of his politics. In his 80s, he devoted himself to collecting for and funding at arts centre in his home town, which provides music and art lessons for children of all racial and socio-economic backgrounds. It is not founded to provide training for the children to study music at university, although some have, but through his belief in the power of art and culture to bring joy. Making music and art for Goldberg was not so much about achievement in a sense recognised by capitalism, but in the belief that by creating art you ‘can be someone that matters’.

Denis Goldberg strove to create a society which recognises that everybody’s life matters and where life could be wonderful for everyone. May his memory be a blessing. 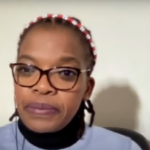 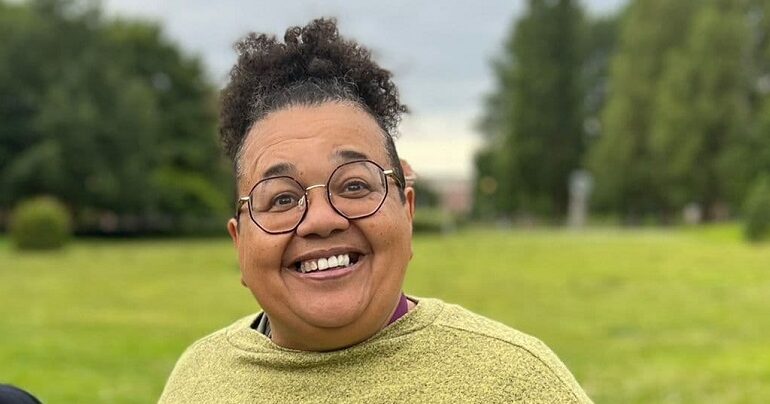