Is opposing HS2 the best use of the left’s political energy? 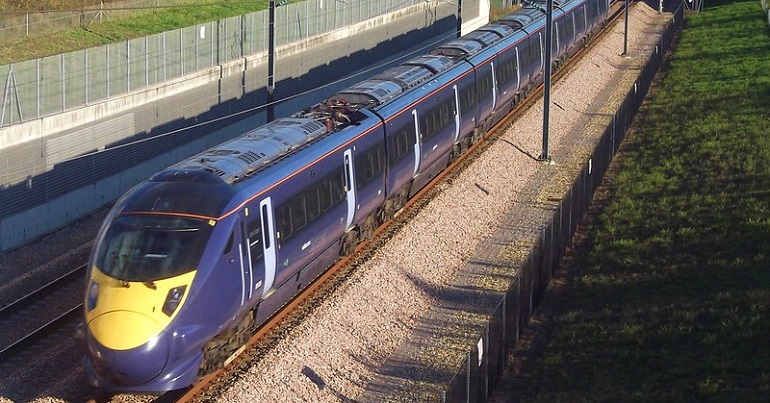 Unlike most infrastructure projects, HS2 has potential ecological benefits, which means that environmentalists have to choose between two harmful options. Yet we cannot consider HS2 in the abstract: we must approach it as part of broader political strategy, situating it in the bigger picture of transforming and decarbonising our transport system and our relationships with Nature.

In Chris Saltmarsh’s recent article for Bright Green, he approaches the question as ‘Should the left support HS2?’ Similarly, much of the discussion from campaigners and activists, such as Extinction Rebellion/HS2 Rebellion and the Stop HS2 campaign, seem to frame it as ‘Is HS2 Good or Bad?’ Instead, I think a better question is: how should we approach HS2 in the context of working towards broader transformation.

Before coming onto broader political questions, I’ll consider briefly the arguments around HS2:

It is important context that HS2 is government project (from New Labour and continued by the Conservatives) and is well underway. Our influence on it is, sadly, quite limited. It might be scrapped or only partly completed, but changing the route, for example, is quite unlikely. There is little point considering alternatives that don’t have real-world possibility.

In this article, my focus will be on the ecological case for and against HS2. I do not have space to cover all of the economic arguments too, and these are covered in Chris Saltmarsh’s piece. But I will say that I think most of the discussions around the cost of the project or what to spend the money on are misguided. It isn’t a question of HS2 or Northern Powerhouse Rail, or what the best use of £100bn would be: if it is worth spending money on, it is worth spending money on. We should not be stuck in flawed neoliberal or austerity logic, but instead support all investment which helps us decarbonise. And we certainly do not have to choose between proper transport investment and adequate funding for the NHS.

Put simply, building HS2 gives the possibility of reduced greenhouse gas emissions by enabling more train journeys instead of car and plane journeys, but the construction involves significant destruction of nature. Having an ecological benefit on one side sets HS2 apart from other infrastructure projects, such as fracking, roads, coal mines and even some housing developments, which pit some economic (human) benefit against an ecological harm, and are often much more straightforward for environmentalists.

Whether HS2 will reduce carbon emissions is complex, and opponents often point to reports and reviews which openly conclude that it is unclear whether HS2 will have a positive or negative effect. Yet the point is that HS2 is only one part of a broader system, and changing this part could go either way. Having a second north-south trainline allowing for more and better train journeys could be part of reducing car and plane journeys. Or, car usage could continue to grow and HS2 makes flying easier. Yet these points, and the net effect of HS2, is really about the transport system and broader transport policy, not HS2 specifically.

For the sake of argument let’s assume that HS2 does make it easier to reduce carbon emissions from the transport system as a whole. And let’s turn now to the harm to nature caused by construction. This includes emissions from construction and the general destruction of habitats, including the destruction of ancient woodland. Ancient woodland and other habitats are effectively irreplaceable: they are complex ecosystems developed organically over hundreds of years. Making up for this by planting new trees is nonsense akin to replacing the variety of food we eat with a diet of only green beans.

The impulse that forests are being destroyed and we should stop this is generally a very good one. There is little to protect nature apart from activists and campaigners. But taking a position on HS2 requires us to decide whether it is justified to destroy habitats to reduce carbon emissions (which contribute to habitat destruction from the effects of climate change).

Even if HS2 is, on the whole, ecologically net positive, we must recognise that this perpetuates the dynamic of destroying nature for human benefit. The ‘benefit’ of reduced carbon emissions is actually about allowing us to continue living highly mobile western lifestyles in a less ecologically damaging way, instead of purely just reducing the harmful behaviour. This is a compromised position, though it may well be a justified one if this sort of harm reduction is what is needed to bring people with us politically.

Whatever our view on HS2, we must have a broader political strategy. We should have a positive vision of a world we want to see, take actions which bring us closer to it, and tell stories that bring people with us.

Campaigning against HS2 is about stopping the project. While this would of course preserve some habitats, the campaigns do not seem to tie into something bigger.

This isn’t a criticism of any person involved: I would guess that almost everyone is also involved in other projects and campaigns too and will have a vision beyond just this campaign. I only mean that the campaign itself is lacking in this. This can be seen in the pick-and-mix way that arguments against HS2 are sometimes made: if the destruction of ancient woodland is wrong, it’s irrelevant whether the cost is £10bn or £100bn.

On the left, and as ‘environmentalists’, we have limited energy. We cannot act to oppose all injustices, or address all of the many transformations we need at once, either individually or collectively. I do not mean that we should put aside addressing social inequalities or racial justice to focus on ecology, as many right-wing ecological approaches do: these are all intertwined parts of a social and economic system we need to change. I just mean that in our campaigns, we are in the difficult situation of having to pick and choose our focus. Though of course, whatever our strategy, we should always be trying to grow the movement too.

My personal conclusion is therefore somewhat agnostic on HS2. I would certainly have made some quite different decisions if I was in charge of the project, but as it is, my vague feeling is that it is generally worth it. Yet even if it is a bad project, it does not seem to me that campaigning to stop HS2 would be the best use of my energy, and so I work on other things.

I am not necessarily saying that other people should not oppose HS2, but I would urge anyone who is to carefully consider the bigger political picture and make sure that campaigning against HS2 takes us towards a better world. Either way, though, whatever our view on one (huge) railway construction project, the focus must be on the much bigger visions of decarbonising our transport system and the wholesale protection and restoration of nature from human destruction.

« Alex Salmond’s Alba Party is a sideshow built in toxic masculinity
A better future for transport after the pandemic? »