It is no secret that fossil fuel companies are racist. As Shell’s activities in Ogoniland show, the industry exploits the lands of indigenous peoples against their will and shows higher degrees of negligence towards human rights in communities of colour. After the BP oil spill in 2010, it was found that over half the sites BP used to dispose of the waste were in communities where the majority of residents were people of colour. Extractivism – the practice of extracting natural resources from the earth for sale on the world market – is, as Naomi Klein argues, based on the idea of ‘sacrifice zones’: people and places who ‘somehow don’t count and therefore can be poisoned, drained, or otherwise destroyed’. The choices about who counts are highly racialised: Tim Donaghy, lead author of Greenpeace’s recent report on Fossil Fuel Racism, argues that racism is ‘embedded in the fossil fuel business model’. The climate crisis is also known to affect marginalised communities the most: in driving the climate crisis, fossil fuel companies knowingly further injustice.

It is a common misconception that institutions who have ‘divested’ from fossil fuels have renounced ties with the industry. Despite Oxford’s promise to divest, Oxford Climate Justice Campaign’s recent report shows that the university nurtures deep and extensive ties with the fossil fuel industry. From 2015-20, Oxford accepted nearly 12 million from the industry, with an additional one-off donation of £100 million from the petrochemical company INEOS in 2021. Some of this money was used to carry out extractive research directly for fossil fuel companies: in 2018, for example, BP gave the Computer Science department £27,150 to fund a studentship into ‘AI and Cognitive Computing […] with Application to the Oil and Gas Industry’. Oxford’s research is, in other words, used to refine extractive processes for companies that target racialised ‘sacrifice zones’.

For the fossil fuel industry to continue its racist practices, it must curate an image of itself as climate concerned and socially conscious. Institutions like Oxford enable it to do that: the report reveals how Oxford is given millions each year for projects that have nothing to do with fossil fuels, like the Schlumberger-funded research on ‘Ethno-ornithology and conservation: traditional ecological knowledge of birds among the Mushere and the conservation of the Dulu forest in Mushere, Plateau state, Nigeria’. This is highly insidious: as the report argues, in accepting this funding, Oxford allows the industry to ‘[build] up an image of itself as a beneficial, philanthropic, and necessary sector’. Through such blatant greenwashing, the industry’s appalling human rights record is conveniently pasted over, and its racism can continue.

In his foreword to the report, West Papuan independence leader Benny Wenda makes tangible the devastating consequences of Oxford’s continuing fossil fuel ties. Wenda describes how his people ‘have suffered ethnic cleansing, mass killing and the destruction of [their] environment for nearly six decades’ through the work of the world’s resource extraction companies. BP, for example, developed ‘huge liquefied natural gas fields’ in Tangguh, West Papua, which forced hundreds off their land. Rather than denouncing ties with BP, Oxford helps further their work: research is carried out to refine BP’s extractive practices, and undergraduates in STEM and Economics & Management can apply for BP scholarships that will fast-track them into interviews and internships at the company. BP is also in the Recruiter’s Group for the Careers Service, and the former BP Group Chief Executive – now the Executive Chairman for L1 Energy – is the co-chair of the International Advisory Board of Oxford’s Blavatnik School of Government. In its embeddedness in the university culture, BP – alongside other fossil fuel corporations – is actively celebrated, and its racialised violence legitimised: Oxford shows a blatant disregard for BP’s activities in places like West Papua.

Inspired by the Black Lives Matter protests of last summer, conversations around racism have resulted in institutions like Oxford committing to address ‘systemic racism’. The focus is on the university’s history of ‘colonialism and imperialism’, and on racism within the academic community: Oxford’s Vice-Chancellor, for example, committed to a fundraising initiative for scholarships for Black students and an access track for prospective BAME students. However, such purported anti-racism is contradicted by the university’s endorsement of, and research for, an industry in which racism is ‘embedded’, and which perpetuates historical cycles of colonialism. Through its fossil fuel ties, the university’s racism continues globally in the present and future. As Wenda concludes in the report, ‘[i]nstitutions like the University of Oxford, revered around the globe as a beacon of reason and justice, cannot continue to perpetuate and gain from the pillaging of our land’. This report brings to light how institutions with research and cultural links to the fossil fuel industry can, despite divestment, actively further the climate crisis and the racial injustices engendered by fossil fuel extraction. It should also be acknowledged, however, that racialised injustice is not exclusive to the fossil fuel industry: as we turn to renewables, and away from fossil fuels, we must remain ethically alert to how ‘renewable’ energy systems may also perpetuate injustice. 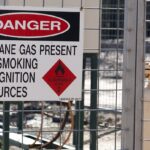