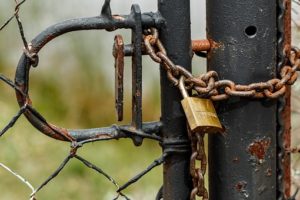 Since 2012, the UK government has had an explicit agenda to create a ‘hostile environment’ for undocumented migrants. This has been reflected in recent developments in legislation. Enter the ‘right to rent’ legislation. This was introduced in the Immigration Act 2014 and further developed in the Immigration Act 2016. So far, it is applicable only in England, but there are plans to roll it out in Scotland and Wales too. This legislation was  asserts that only people with up-to-date immigration documents have the ‘right to rent’. Crucially it criminalises allowing someone without documents to occupy a rental property that you own as their main home. This means it is illegal to:

When the right to rent legislation was first introduced, landlords who contravened these rules were subject to a fine. Now, a landlord who knowingly permits someone without documents to stay in their rental property could be imprisoned. Furthermore, it’s on the landlord to check her tenants’ immigration status. If someone does have up-to-date immigration status, but not the documents to prove it, or they have been specifically granted permission to rent by the Home Office, this becomes tricky to prove, and landlords must check via the government’s online system. Many landlords will refuse to rent rather than check. Relatedly, Research from the Joint Council for the Welfare of Immigrants shows that this legislation has increased wider racial discrimination in the rental market. Just over half of landlords are now less willing to rent to foreign nationals, and many are more likely to suspect the immigration status of someone who is BME than of someone who is white. For example, the Council’s report shows that ‘An enquiry from a British Black Minority Ethnic (BME) tenant without a passport was ignored or turned down by 58% of landlords.’

This legislation makes it hugely difficult for large numbers of migrants to rent and it intentionally prevents undocumented migrants from staying with friends and family. In this way, the UK Home Office deliberately creates street homelessness among the migrant community. Also as a direct consequence of Home Office policy, many others are racially discriminated against. 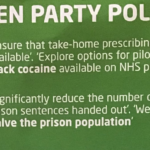 « Introducing Frack Free Lancashire
The past, present and future of the Marriage Equality campaign in Northern Ireland »