Jonathan Bartley calls for abolition of the Home Office

The Green Party of England and Wales met this weekend been meeting for its Autumn conference in Newport. Amongst the policy debates, panel discussions, training and fringe meetings came a flurry of headline grabbing policy announcements.

One of these came in party co-leader Jonathan Bartley’s keynote speech. He pledged that Greens would abolish the “pernicious” Home Office, as part of a range of measures to rebuild British democracy including introducing a system of proportional representation, creating an elected second chamber to replace the House of Lords, and a bill of rights.

Explaining his call for the abolition of the Home Office to the Guardian Bartley said:

There’s a growing realisation that the Home Office isn’t fit for purpose in so many ways – it’s the hostile environment, the debacle over detention centres. There’s a culture there that is perverse and is dangerous.

Greens call for free bus travel for all 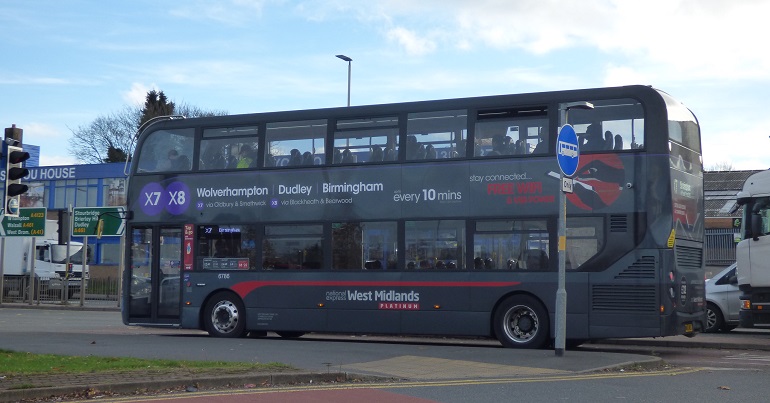 Bringing an end to the Home Office wasn’t the only bold policy proposal to come out of conference though. Also within Bartley’s speech was a pledge to introduce free bus travel for everyone. This would be funded by ending planned road building programmes and diverting the money to public transport.

In his speech, Bartley said:

we’d scrap the Government’s road building programme, and use Vehicle Excise Duty to deliver free bus travel for everyone right across the country.

The biggest travel upgrade this country has ever seen.

Giving people the incentive to get out of their cars and onto affordable, accessible, state of the art transport.

The policy is intended to both reduce carbon emissions, and reduce transport inequalities.

Writing for Bright Green in support of the policy, newly appointed Green member of the House of Lords Natalie Bennett said:

Bus travel is crucial to tackling the Climate Emergency. The Intergovernmental Panel on Climate Change has told us we have only a decade to turn around our societies. With around one-third of our society’s emissions from transport, we need a “modal shift” to use the experts’ jargon – a move away from private cars to active transport, walking and cycling, and public transport.

But it is no good suggesting that people move away from private car travel, with all of its carbon emissions, air pollution impacts and congestion contribution, if there isn’t a practical, affordable alternative.

Jonathan Bartley wasn’t alone in making big announcements at this year’s conference. Indeed, Green Party of England and Wales deputy leader Amelia Womack had some of her own.

In a speech at the conference’s conclusion, Womack made clear that she intends to fight to win a seat in the Welsh Assembly in 2021. She has been selected to fight both the Newport West constituency and be the party’s lead candidate in the South Wales East region.

She described Wales as the “last frontier” for the party – with the Greens having never previously won a seat in the Welsh Assembly. She also pledged to deliver a Green New Deal for Wales if elected:

I’m excited at the prospect of representing my home in the Welsh Assembly, and representing the Green New Deal – something that the Wales so desperately needs. I will be throwing everything I have at winning this election.

Away from the big announcements and keynote speeches, this year’s conference also saw members make a radical overhaul of the party’s drugs policy. The policy sets out a clear, radical approach to drugs that goes far beyond the approaches taken by other parties.

The Green Party has now set out a vision for drugs policy which states:

The Green Party recognises that in the majority of cases the limited use of drugs for recreational purposes is not harmful and has the potential to enhance human relationships and human creativity.

The policy goes on to state that a Green government would:

With a General Election on the horizon, Green Party conference voted to support the enter discussions with other parties about potential electoral alliances. The motion, proposed by high profile figures within the party including Jonathan Bartley, Molly Scott Cato and Caroline Russell enabled the party’s governing bodies to discuss with other parties the possibility of an alliance which would:

Despite being the party’s official youth wing, the Young Greens have rarely had space on the conference agenda to give a keynote speech. This year was different, with Newport hearing Young Greens co-chairs Rosie Rawle and Thomas Hazell deliver their vision for the future of the party and British politics.

In a wide ranging speech, Rawle and Hazell called for an internationalist Green New Deal, a fair economy for workers and utilising the power of local government to tackle climate and social injustice.

We’ll fight for a global Green New Deal. Environmental justice cannot be achieved if we leave social justice behind. That means rapidly transforming our economy while ensuring we build good, decent, living wage, unionised, sustainable green jobs here in the UK and also throughout the whole of our supply chains.

She was followed by Hazell’s call for “municipal socialism”:

We’ll fight tooth-and-nail against the hollowing out of local government, and for pioneering programmes of municipal socialism. Think housing and utility co-operatives, reclaimed public land and locally-run transport. In every town and city across the country.

Among the motions proposed to this year’s conference were some regarded by many members as transphobic. These motions were eventually not heard on conference floor as time ran out before they were debated.

One of the motions sought to delete a line of existing policy which states:

The Green Party recognises that trans men are men, trans women are women and non-binary identities exist and are valid.

Although the motion was not heard on conference floor, at its workshop stage – where policies are discussed in a smaller group and a summary of the discussion is presented to conference – a straw poll saw a majority of members vote against it. The workshop debate was heated, with nearly 100 people attending, and the room filling up to the point that there was standing room only.

This week, a culmination of many years of campaigning saw fracking banned in Scotland. The Scottish Green Party has long been at the forefront of the campaign to get the controversial gas extraction technique outlawed.

Speaking on the announcement of the ban, Green MSP Mark Ruskell said:

I am delighted that the Scottish Greens have been able to deliver the fracking ban that communities have been calling for. We’ve pushed the Scottish Government all the way on this issue, ever since we led the first debate on the subject in 2012, and have worked with communities across the country to highlight the major public health and environmental concerns that fracking presented. This decision emphasises that Greens continue to punch above our weight, and is just the latest example of Green MSPs leading the change in the Scottish Parliament.

The battle for abortion rights in the north of Ireland this week this week came closer to reaching its conclusion. The High Court ruled that the existing abortion law violates human rights commitments in the UK.

Green Party in Northern Ireland welcomed the ruling and called for the implementation of new abortion laws from October 21:

Multiple Courts and Committees have set out that our abortion laws breach international human rights standards.  The High Court has affirmed this once again.

I would like to pay tribute to Sarah Ewart for her bravery in taking this action. I hope that no other woman has to force the government to live up to their human rights obligation in the same way ever again.

I look forward to the process of abortion decriminalisation beginning on 21 October and the implementation of necessary healthcare provision for women at the soonest point possible.

It has been a long and traumatic road for women and  pregnant people here in Northern Ireland.

Finally though, we have a chance to create a better future and redress this long standing denial of rights.

Another Green victory in the Scottish Parliament this week came in the form of a ban on smacking children. The new legislation, proposed by Green MSP John Finnie, gives children the same protection from assault as adults. The bill was also supported by Labour, the SNP and the Liberal Democrats.

Speaking on the passing of the bill, Finnie said:

I am absolutely delighted that the Scottish Parliament has taken this historic and courageous step.

The leadership shown by MSPs will send a strong message that violence is never acceptable in any setting, and that our children deserve at least the same legal protections that adults enjoy.

Physical punishment has no place in 21st century Scotland. The international evidence tells us that it can have serious impacts on children, and that it is not effective.

With a General Election imminent, local Green Parties continue to select their candidates to fight for representation in Westminster. Among the candidates selected in England this week were: