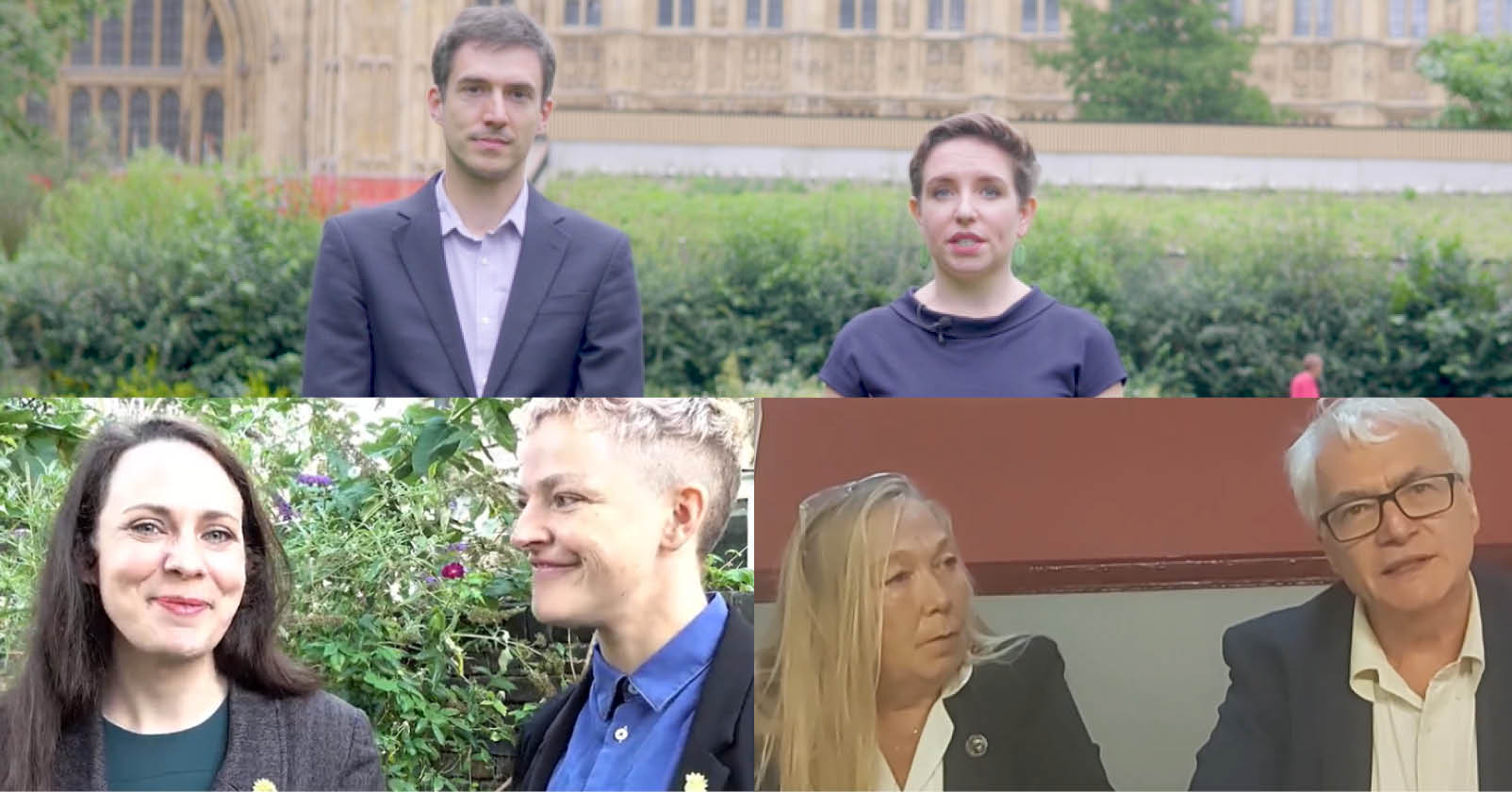 This article is the first in a weekly round up of news in the Green Party of England and Wales’ 2021 leadership election. Every Monday until voting closes Bright Green will be bringing you a summary of all the twists and turns in the campaign.

Number of candidates seeking the top job rises to three

In July, anti-fracking campaigner Tina Rothery and long serving member of the Green Party’s Standing Orders Committee Martin Hemingway announced they were standing for the party’s leadership on a joint ticket. This week, two more job-share candidacies have come forward.

First up, current party deputy leader Amelia Womack announced she’d be standing in a co-leadership bid alongside climate activist Tamsin Omond. They’re putting electoral success and diversifying the party at the heart of their pitch. Stating that when it comes to the Greens’ electoral success, “incremental progress just isn’t going to cut it anymore”, Womack and Omond are promising to “build a movement” that gets Greens elected to public office across the country.

Next, it was Carla Denyer and Adrian Ramsay – a Councillor in Bristol and former party deputy leader respectively. Like Womack and Omond, the pair are centreing getting more Greens elected in their campaign. They claim they’re the team that’s best placed to get a second MP elected, and to make the Greens’ first breakthrough in the Welsh Parliament. “A real electoral force across every corner of England and Wales” is how Ramsay put it.

In contrast to Rothery and Hemingway, both new entrants into the race launched their campaigns with high profile press coverage. Womack and Omond landed an interview with the Guardian. Denyer and Ramsay lined up an exclusive with the New Statesman.

Other candidates could still come forward. On August 3, former Lord Mayor of Bristol Cleo Lake tweeted “I am deciding on whether to go for @TheGreenParty leadership”. Former deputy leader Shahrar Ali, who stood unsuccessfully for leader in 2018 and 2020 has not yet declared whether he will be standing.

Any final candidates need to get a move on, however. Nominations close for the leadership contest on August 17.

Tina Rothery and Martin Hemingway made announced early. Now they’re following their initial statement up with content to put flesh on the bones of their vision. This week, the pair released their first campaign video setting out their stall.

In the video, Hemingway states “we’ve got two sorts of campaigning to do”. He goes on to hint at a desire to shift the focus of the party away from primarily focusing on electoral politics. He says “we mustn’t forget that we’re campaigning on issues as well”. In the coming weeks, this position will no doubt be interrogated by party members. Growing portions of the membership see fighting and winning elections as the central direction the party should take.

Beyond that, the main take away from the video is that they are to some extent leaning into the fact that they’re candidates from the north of England. Rothery does say “it doesn’t make a difference” that they’re from the north. But she continues by saying that as a result, “it’s really great to have that background knowledge of where are we strong, and what can we do and where are the places that are more neglected that we can get into and amplify their voices.”

A glut of endorsements is standard fare for leadership elections. This year’s race is no different. The inevitable flurry was kicked off with some high profile endorsements for Amelia Womack and Tamsin Omond. The author and Guardian columnist George Monbiot tweeted on the day of their announcement to say he “would love to see” Womack and Omond at the helm of the party.

I would love to see @TheGreenParty led by Amelia and Tamsin, who have the big vision needed to shift the political response to climate and ecological breakdown. https://t.co/cCtVPe7jwo

Amelia Womack and Tamsin Omond aren’t the only ones who’ve started out strong with an impressive list of endorsements. Carla Denyer and Adrian Ramsay have done the same.

Among them is Solihull Councillor and last year’s leadership election runner up Rosi Sexton. She’s said Denyer and Ramsay “understand the need to reach out beyond our echo chamber”.

Former Green MEP Gina Dowding has also backed the pair. She described their experience as “invaluable” and said she was “convinced they are a winning team”.

Following their Guardian launch earlier in the week, Amelia Womack and Tamsin Omond have been talking to other media outlets. On August 16, the i’s Chloe Chaplain ran an interview with them delving deeper into their pitch.

The big take away from the interview was Womack’s claim that the party would be looking to win “in the region of eight to 10 MPs” by 2030. The pair’s vision for delivering this includes appealing to left wingers alienated by Keir Starmer’s leadership. Interestingly, they also suggest support for the Greens will come from “stranded” centrist voters. Watch this space in the coming weeks for detail on how they would seek to assemble such an electoral coalition.

Elsewhere in the interview, Womack and Omond described their leadership pitch as  “trans-inclusive” and “feminist”. Womack also reaffirmed her commitment to leading a Green Party that is strong in its support of trans rights. She dismissed Green critics of the party’s policies on LGBTIQA+  rights as “a small amount of voices that move away from that”. 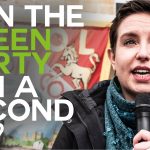