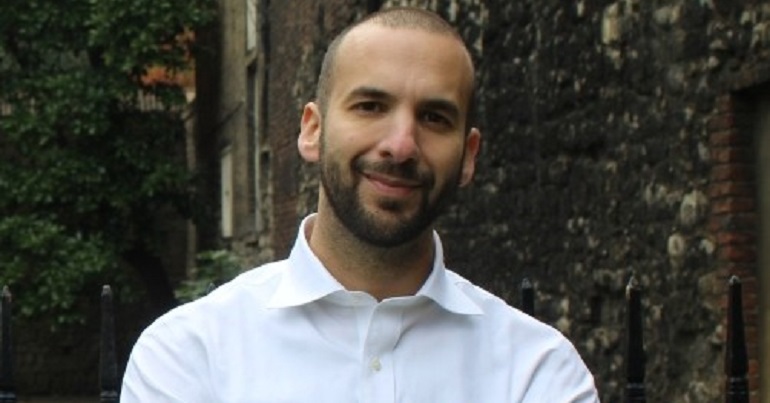 Nominations for the Green Party of England and Wales deputy leadership election opened on June 1. Now, the first candidate has come forward. Zack Polanski – a London Assembly member since 2021 – has announced that he is standing for the position.

Polanski’s pitch in the election focusses heavily on driving the party forward to achieve more representation in the House of Commons and in local government. Saying he’ll deliver a ‘breakthrough’ for the party, he’s pledging to support plans that would see the Greens win up to five MPs at the next general election and gain 350 Councillors in 2023. In addition, he’s committing to ’embed diverse representation’ within the Green Party.

Speaking following his announcement, Polanski said he was “determined” to ensure the Greens achieved these electoral goals. He said,

We have to break through. Every single person in this country needs to know what the Green Party stands for, and we have to win more MPs. It’s as simple as that.

I’m running for Deputy Leader because I’m determined to make sure we make our next breakthrough.

This is going to be a massive challenge of organising, fundraising and persuasion, and as deputy leader I’ll travel the country, support local parties, speak out for marginalised people alongside our liberation groups, and work for diverse representation.

I’m so proud of our party. We’ve taken huge strides in the last few years. Now it’s time to go further together. Let’s break through, and win.

Polanski joined the Greens in 2017, and has risen to prominence incredibly quickly. By 2019, he had already been selected as the Greens’ third list candidate for the London Assembly elections. Since his election, he has garnered a reputation as an effective communicator and strong media performer, as well as for his work on the Assembly itself.

He currently sits as chair of London’s Environment Committee, and was central to the Assembly passing a motion in support of the Climate and Ecological Emergency Bill. In addition to this work, he has demonstrated a commitment to working in solidarity with workers, having supported striking care workers and the United Voices of the World trade union, as well as successfully driving a motion through the Assembly calling for the mayor to insist care workers employed through local government funds are paid at least the London Living Wage.

With sitting deputy leader Amelia Womack having announced in March that she wouldn’t be seeking election, this year’s contest will be the first in a decade where there is no incumbent in the running. It is also the first time the deputy post has been elected separately to the leadership. The by-election held in autumn 2021 – which was triggered by Jonathan Bartley’s resignation – saw Carla Denyer and Adrian Ramsay elected for a three year term, rather than the usual two.

While Polanski is the only candidate to publicly confirm his candidacy so far, a number of others are expected to announce their intentions in the coming days. Former co-chair of Green Party Women Kathryn Bristow is understood to be planning a bid for the position. As is Tyrone Scott, who came close to winning a seat on Hackney Borough Council in May. Other potential contenders include the party’s education spokesperson Vix Lowthion and the former Lord Mayor of Bristol Cleo Lake, neither of whom have ruled out standing.

Nominations for the deputy leader election close on June 30, with members voting throughout the summer.

Throughout the election campaign, Bright Green will be providing detailed news, interviews and analysis. If you value this coverage and want to support what we do, please donate today.